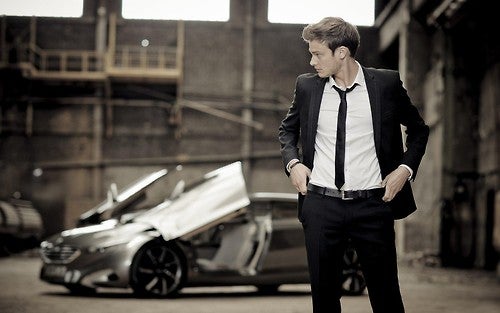 Do You Need Good Looks To Get Women?

Last week we discussed if you “need money to get women” and I mentioned that the same things applies to looks. I got a ton of emails from you guys telling me that on the contrary, one needs good looks in order to score women.

The hard truth is that, the better you look, the easier it is to score increasingly hotter women. Does that mean you have to be good looking in order to get laid? NO but, looking good, will surely help your situation.

There’s this whole myth created by these big dating “guru” guys. “It doesn’t matter how you look, you’ll be able to get any woman you want”. That’s just retarded.  I’ve gotten laid plenty of times just because the chicks believed I was hot. Heck, I’m not even that hot but I once had a chick approach me in a club saying that she just had to talk to me because I looked so good (grated that only happened once).

The point here is that yes, looks do matter but when it comes down to it, women don’t care about it as much as we do. Looking good will just give you more opportunities. Some women will reject you because you weren’t attractive enough when you first approached them. Sure, that may happen less to good looking men but at the end of the day those guys can fail within the next 30 seconds. If you’re a total moron when you open your mouth, those great looks you’ve got will do nothing for you.

I’ve met so many frustrated women who’ve been utterly disappointed by dudes that looked good only to turn into retards the moment they opened their mouths. The bottom line is that, when compared to men, women won’t just bang a guy just because he was good looking. This means that being good looking will only give you a bigger opportunity.

This is why there’s absolutely no reason to blame your looks for anything. Many of you…the ones that say “I’m not good looking which is why I’m not getting laid”, are only using this an excuse. Quite frankly, this statement is nothing more than a pathetic excuse you use to hide under.

The truth is, unless you look like a monstrosity, if you dress well, look clean, keep clean, very few women will DENY you the opportunity of getting to know them. You’ll always see great looking chicks with horrible looking guys and that’s just a testament of how unimportant looks are to some women.

Looks are an advantage

Neither of the above examples will guarantee you a flock of women. They only offer you an edge in front of the competition

I wanted to get all of this out in the open because so many guys out there make such a big deal about it. I’ve lost about 15 kgs in the last 5 months and went from a horrible belly to almost ripped abs. Do I have more women checking me out? Yeah. But, do I get laid more often? Nope. The only difference is that I can approach more women without an INSTANT rejection. This means that I have to approach fewer women on any given night to be successful but other than that, it’s game on.

If I still had that belly and looked even worse than I do now, I’d probably have to approach 2x more women on any given night but that would still yield the same exact result at the end of the evening – 1 chick that I’m going to bang.

This is the sort of stuff I discuss on my blog and in the free eBook I give out. If you want to increase your success with women, visit http://ThePlayerGuide.com – a place where the dating mindset is thrown out the window.

How To Make Your Time In College a Vajayjay Paradise

How to Hold a Cigar with Swagger