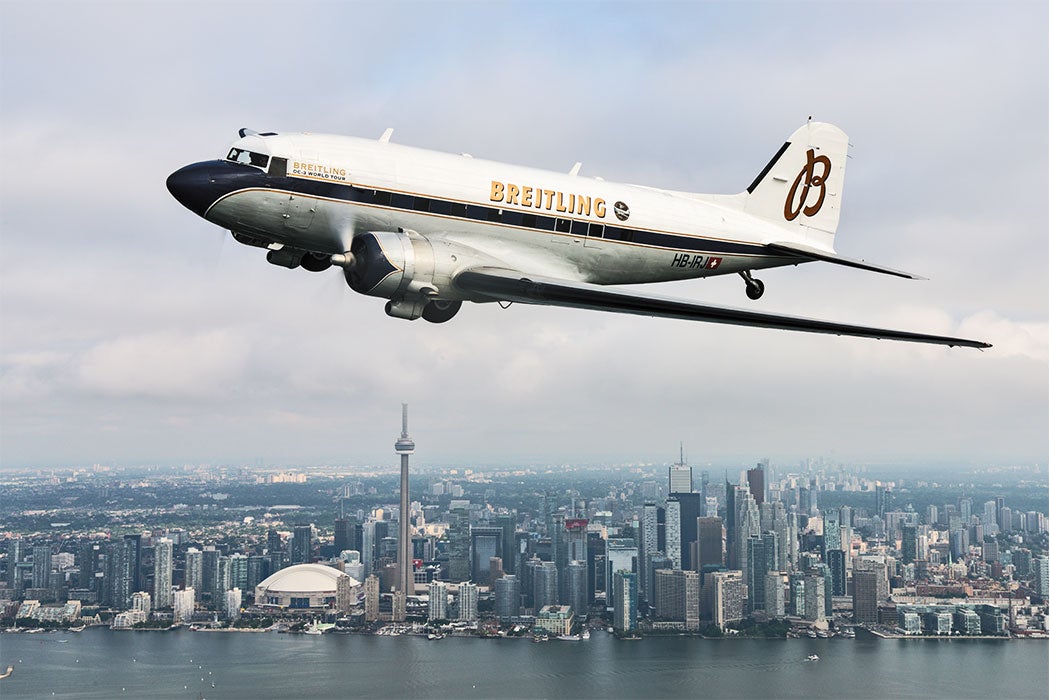 Few watch brands have a stronger connection to aviation than Breitling. They sponsor the world’s largest professional civilian flight team, the Breitling Jets. They supporting the restoration of legendary airliners like the Breitling Super Constellation. And of course, they manufacture the iconic Navitimer World chronograph — a favorite among pilots.

And this year, Breitling is taking to the skies to celebrate the legendary Douglas DC-3 with a World Tour of the propeller-driven airplane that made aviation history by making commercial flight a reality. The plan is to make history once again by making it the oldest plane to circumnavigate the globe.

In August, we got the experience of flying the friendly skies in the aircraft that paved the way for private planes and the jet set lifestyle.

Before the Breitling DC-3’s stop in Toronto, pilot Francisco Agullo briefed the assembled group of writers, boutique owners and other watch and aircraft enthusiasts on the importance of the DC-3 in aviation history.

“Before 1920, for most people flying in an airplane was a novelty,” says Aguilo. “What would now be considered the jet set travelled in private rail cars or on ocean liners.” Aircraft was the province of county fair barnstormers and cheap five minute flights in flimsy biplanes made of canvas.

With the introduction of the Douglas DC-3, says Aguilo, “air travel became comfortable and profitable.” The twin propeller plane could also travel longer distances without having to stop in random farmer’s fields to refuel.

The historic Breitling Douglas DC-3 that we boarded in Toronto has had a very exciting history. Built in 1940 it was soon requisitioned by the United States Army Air Force and used as a troop transport and then a U-Boat spotter during World War II.

After the war, says Aguilo, it returned to civilian life with Trans Texas Airways and later Providence Boston Airlines, where it flew tourists from New England to the Bahamas. It’s last commercial flight was for Eastern Express in 1988.
Of course the airline industry has changed dramatically since then. While the interior of the Breitling Douglas DC-3 is far from luxe, there’s a certain giddy excitement amongst the passengers as we take our seats in the roomy cabin (only 30 seats) with a view of the cockpit. This is what we all imagined flight would feel like when we were little kids.

Breitling bought the plane in 1994 and spent the next two years restoring it. “It is now 77 years old,” says Aguilo. “It has spent over 75,000 hours in the air and is still flying. Amazing!”

It was a cloudy day, and due to time limitations, we were treated to an aerial tour of Toronto suburb Brampton. But it was still a thrilling adventure. The plane flew at a low altitude so it felt like we were buzzing the late afternoon traffic. And there’s something amazing about feeling every pitch and yaw as the plane circled over highways, upscale housing developments and industrial parks. Before takeoff, Aguilo tells us that we are free to get up and take pictures, but only one passenger at a time is permitted. “Walking down the aisle changes the center of gravity,” he says. All of the passengers remain seated for the duration of the flight.

For Agullo and his small crew, the Toronto stop is one more entry in a flight log that began in Geneva and has carried them through the Balkans, the Middle East and Asia, to cities such as Zagreb, Athens, Tel Aviv, Dubai, Karachi, Phuket, Shanghai, Taipei and Okinawa. This leg of the tour included a multi city tour of North America with Toronto being the only Canadian stop before concluding in September at the Breitling Sion airshow in Sion, Switzerland.

Aside from the crew, the Douglas DC-3’s cargo includes 500, limited edition World Tour Navitimers. This COSC certified chronograph, features an engraved case back with the Breitling DC-3 World tour logo commemorating the record-breaking flight. The timepiece is powered by the Breitling Caliber 01 movement and features a circular slide rule that helps pilots to handle flight calculations: speed, distance, fuel consumption, rate of climb or descent and conversion of miles to kilometers or nautical miles. Each piece comes with its own logbook, recording every stop the plane makes on its round-the-world adventure.

This limited edition, ultra-luxe watch is cause for much excitement for the collectors on board (“We bleed yellow,” says one watch fan, referring to Breitling’s signature shade.) Priced at only $10,000, says Aguilo, most of these timekeepers are already spoken for. 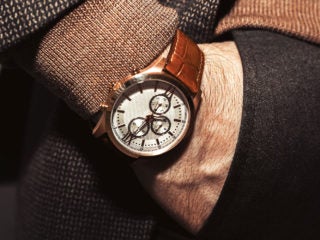 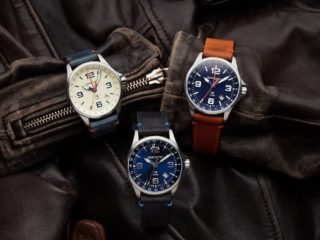 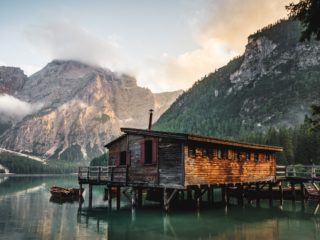 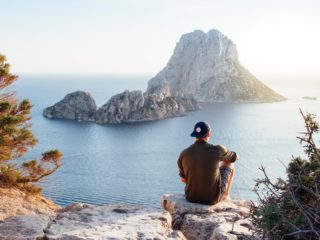 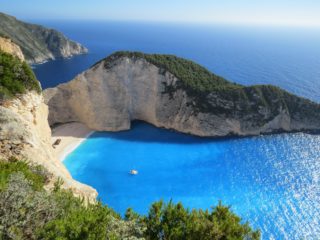 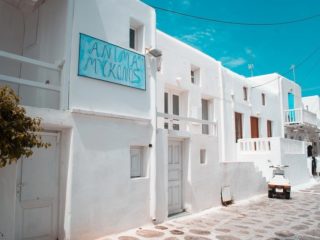 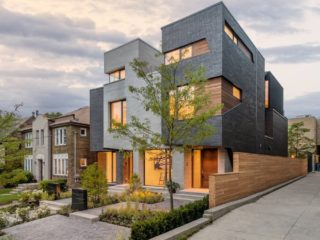 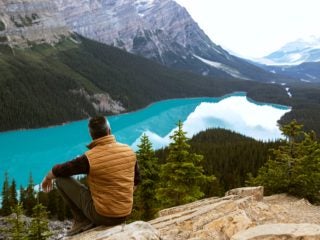