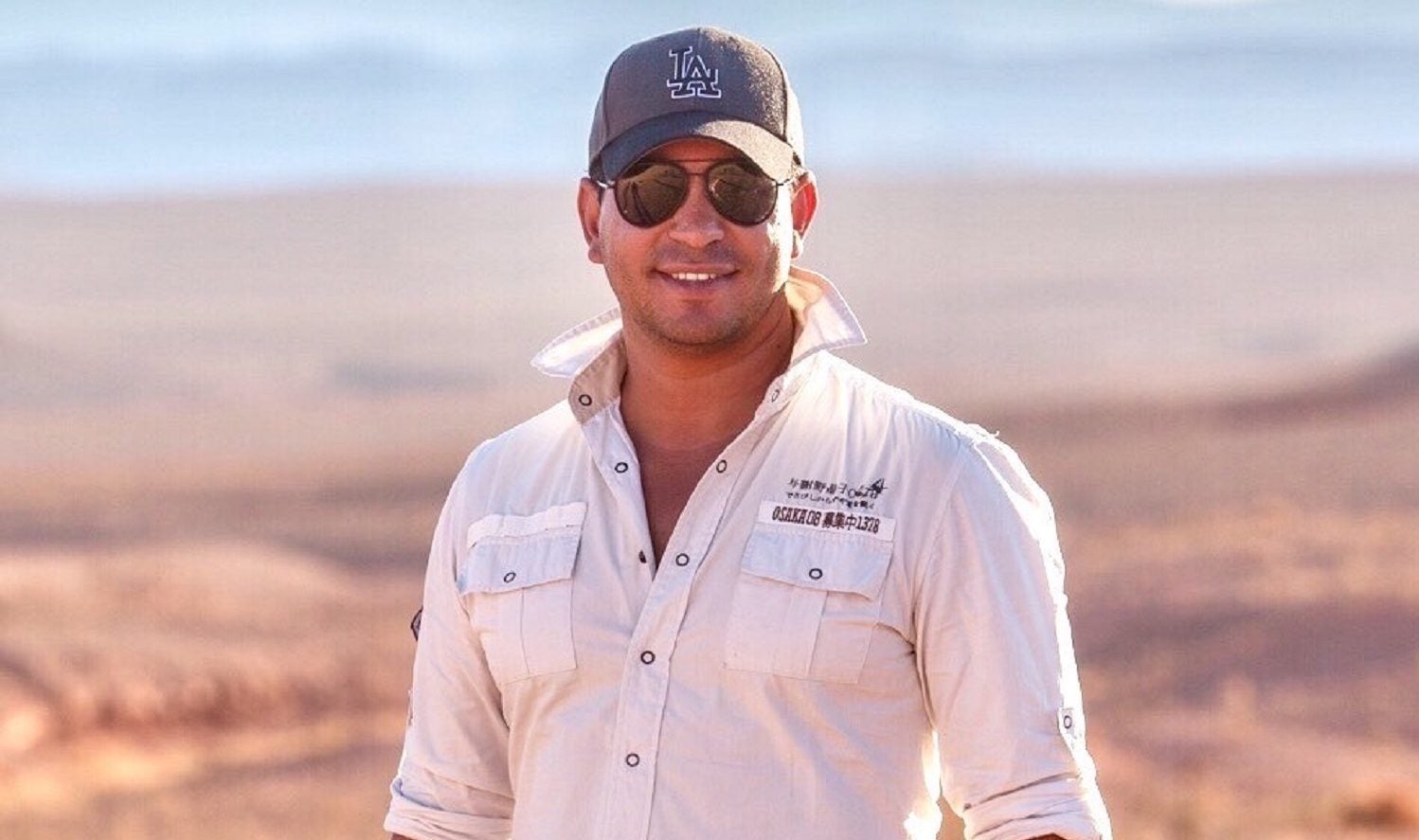 Move over, Howard Hughes: There is a new filmmaking tour de force with your initials, and his name is Hicham Hajji. And much like the former, Hicham’s venture into film production is marked by an unusual trajectory. 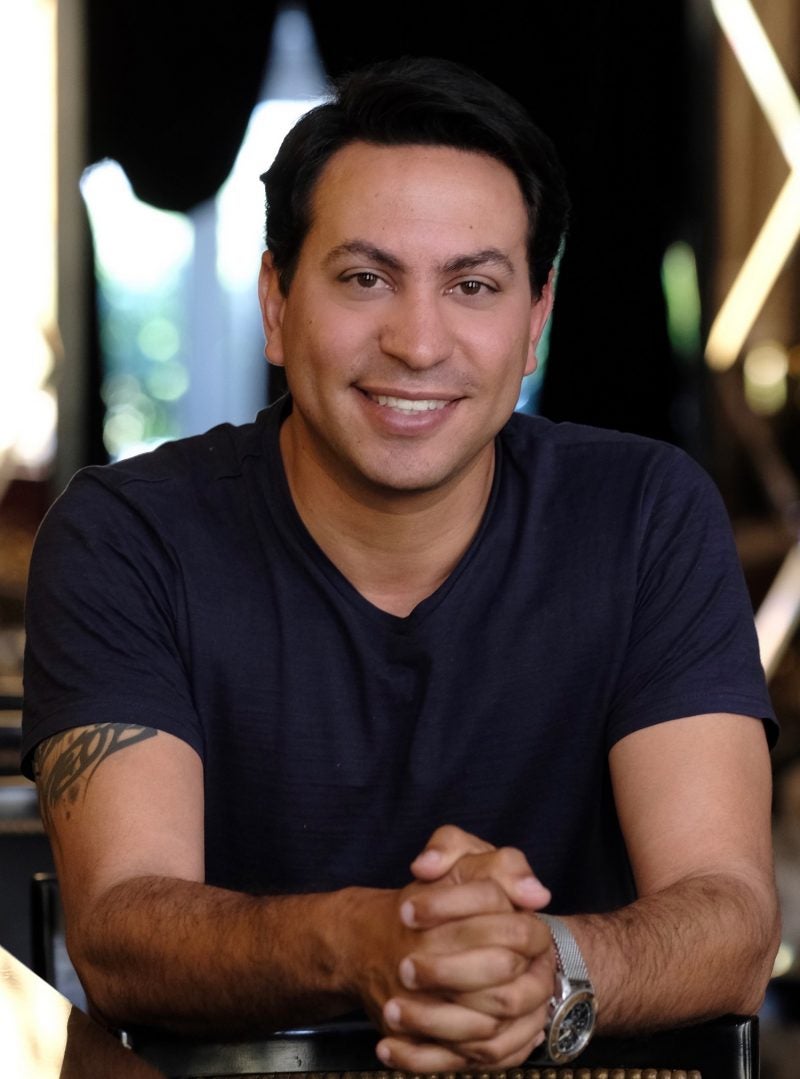 Hicham started his professional life as an accountant. However, he eventually found himself intrigued by the idea of shooting features in his native land and took the initiative to learn and practice the art of filmmaking, learning the ropes through a hands-on approach.

“I did a little film school in Montreal, but to be honest my real film school was my first movie set as a 2nd Assistant Director where I learned a lot from one of the best 1st AD I ever met,” he explained to Film Combat Syndicate.

A Moroccan by birth, Hicham’s homeland was integral to his formation as a film producer.

“Morocco is an open movie set,” he explains. “Very film friendly where the biggest Hollywood directors have shot. From Nolan with Inception to Ridley Scott with Kingdom of Heaven, Gladiator, Body of Lies to Mission Impossible 5, James Bond, Kundun by Scorsese…I worked on many local [productions] where I was a head of department and where I learned a lot. Then I worked with Werner Herzog on Queen of the Desert where I understood that with [hard] work and dedication, I could do my own movies someday.”

Eventually, Hicham went on to establish his own production company, H Films, in 2008. While this was a triumphant career milestone in many ways, it was also underscored by professional pushback from other players throughout the industry.

“I created my company where I was a First Assistant Director. Producers who were hiring me back then started to see me as competition and stopped hiring me,” he recalls.

Nevertheless, Hicham was not deterred by this career blackballing: Rather, he used this opposition as an impetus to stake his claim in the industry and succeed regardless.

“I had to be efficient and find my way in. It was a lot of personal and financial investment. Sometimes I wouldn’t work for [months] until I [got] the project that [helped] me survive. The only real lesson that I learned is that I should never give up, always follow my gut, and finish everything I do,’ he explains.

His perseverance has definitely paid off: Earlier this year, Hicham made history when H Films released his feature film debut, Redemption Day, making him the first Moroccan Arab to write, direct and fully produce a Hollywood feature film. 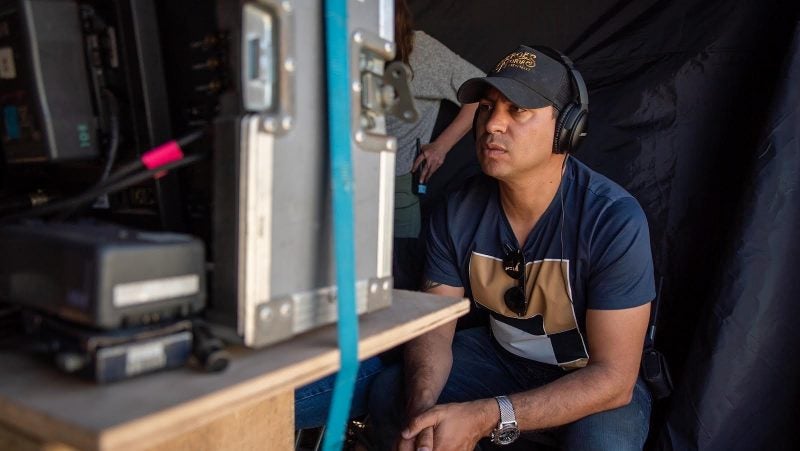 The film follows a decorated U.S. Marine Captain, Brad Paxton (Gary Dourdan), as he tries to reintegrate back into civilian life, having just returned home to New York City from his tour of duty in the Middle East. He is enjoying reconnecting with his loved ones, including his wife, Kate (Serinda Swan), their pre-teen daughter, Clair (Lilia Hicham), and his father, Ed (Ernie Hudson).

When Kate receives an offer from her job to travel to Morocco to participate in an archaeological excavation, Brad encourages her to go and pursue her professional goal. Unfortunately, her dream quickly turns into a nightmare soon after she arrives in the North African country, as she’s kidnapped by a terrorist group when she and her group unintentionally cross the border into Algeria. When Brad is informed about his wife’s kidnapping, he is forced back into action for a daring and deadly operation to save the woman he loves.

But for Hicham, the bonus behind this opus is not receiving accolades: He aspires to unite people across all backgrounds with the universal themes the film’s screenplay presents, using events from his own life as inspiration. 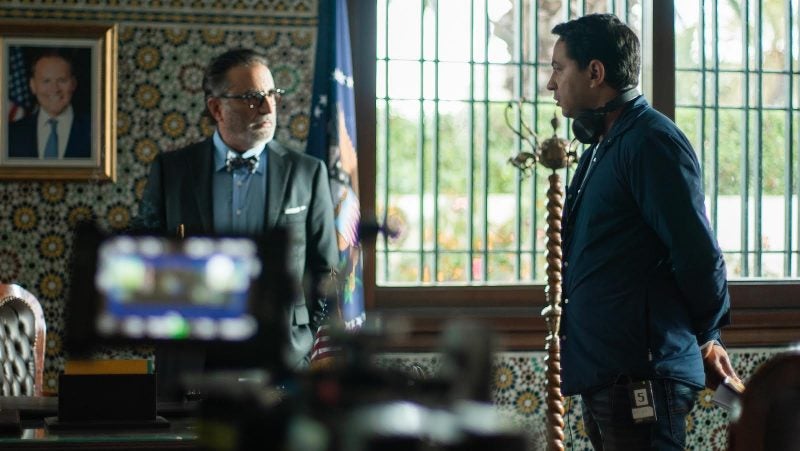 “…I lost a friend of mine who was a photographer. She was in Africa on a mission for Amnesty International, and was sitting in a hotel lobby, having a coffee with her crew. There [were] a bunch of terrorists who then went in and shot everyone,” he told Shock Ya!. “So I decided to write the story and show our point-of-view. I’m originally from Morocco, so we wanted to show our point-of-view for this type of story. We wanted to show that most people’s actions have nothing to do with any religion, and make it look like a Hollywood movie, with the love story. We also wanted to show that this type of story can unite people, and not do the opposite.”

Despite this debut success, Hicham is not resting on his laurels: He and H FiLMS have a plethora of projects in the works, including The Lost Princess written by Jean-Daniel Camus and God is a DJ that Hicham wrote, a comedy that explores the lives of a diverse range of individuals who must manage the expectations of their families, their religion and communities as well as the contradictory things they have to do to achieve their dreams.

“The show will be a much-needed reminder of happier times before the pandemic, a show that will unite the diverse world thanks to electronic music, and it is about diverse people finding happiness and fulfillment regardless of their cultural identity,” he posits. “Because the music reveals where you come from, but it’s the beat that unites us all!”

Multifaceted and industrious, Hicham Hajji’s talent and ambition are sure to transform him into a household name sooner rather than later. 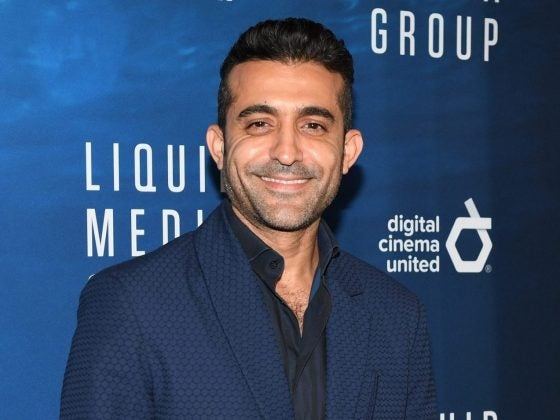 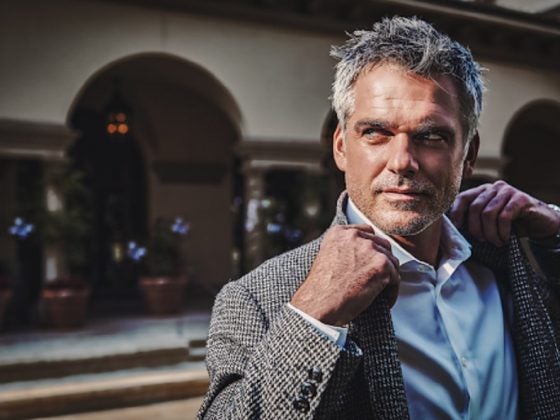