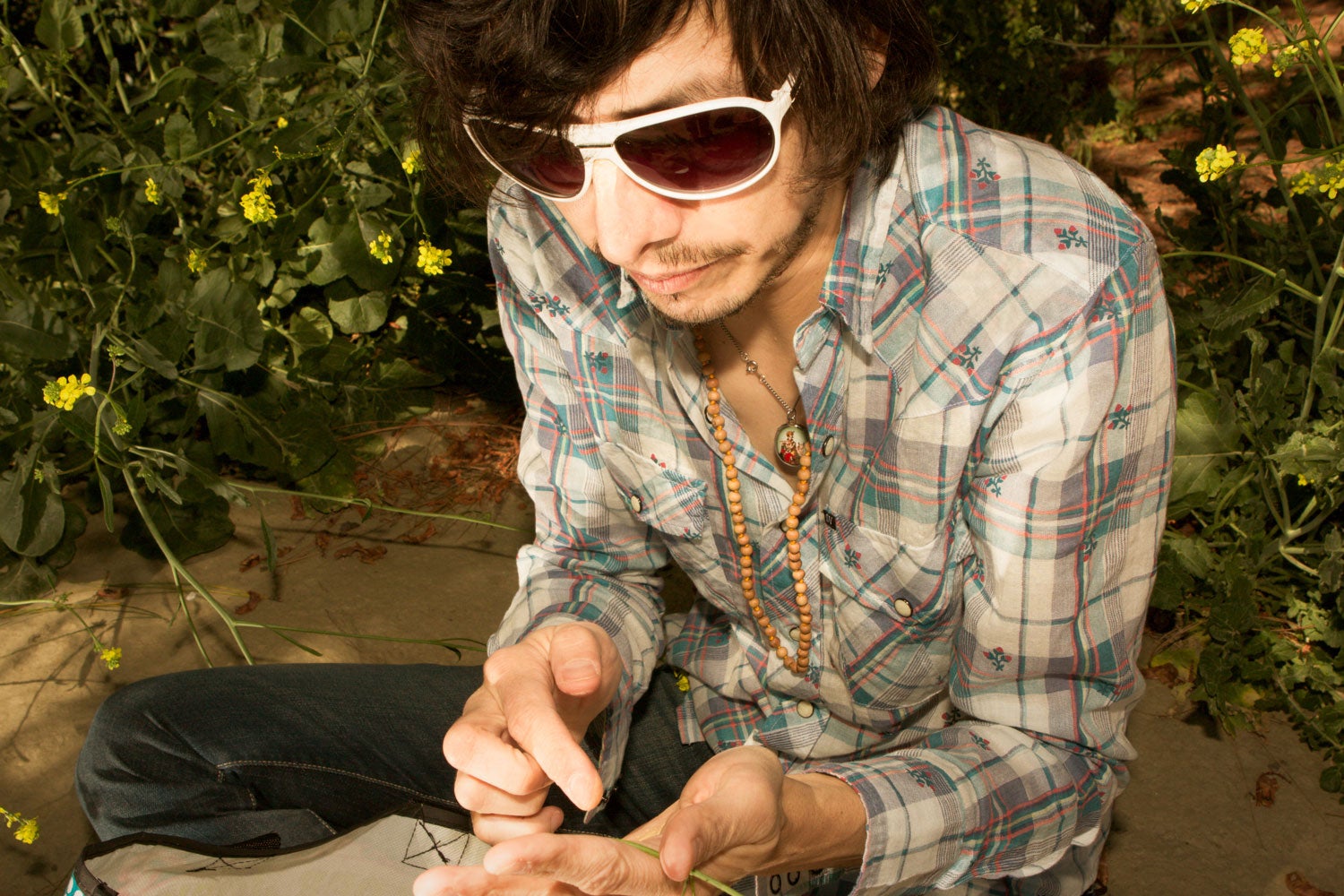 P.A. Lopez is possibly no stranger to you, although you may not know it. He’s author of the critically acclaimed novel RNWY, which has been called “quippy and razor sharp,” and “science fiction for the social media age” by Publishers Weekly.

But, he’s also a musician and songwriter (formerly as Paul Avion), who received radio play on hundreds of stations across the United States.

And, most visibly, he’s the owner of Fashion Week Online (@Pablo.FWO).

How did all of this come about? I caught up with him to find out more about what drives him.

Q: Your site Fashion Week Online is a pioneer in the online fashion website space. What motivated you to create that?

At the time I had no interest in fashion, except tangentially. I was playing in bands and recording music in LA.

My specialty was a range of styles: everything from punk to ‘80s music to jazz-inflected pop like the Beatles.

I saw some other musicians finding economic success to varying degrees: Sia, the Silversun Pickups, the Killers.

These were acts who I knew personally or were in my circle for one reason or another. I knew Sia before the wigs! I thought the manager of the Killers was going to represent us at one point, but then the Killers blew up. Maybe it wouldn’t have happened anyway; who knows. But there were a lot of frustrating “near misses” like that.

I was getting tired of working temp jobs and always worrying about money, sleeping on a single mattress on the floor.

One day I decided I needed to start some sort of business. I’d been building my band’s website for awhile, so I figured maybe a website was a way to go.

I ended up building like 50 or 60 websites over the course of a year, looking for something people would like.

One of them was about fashion week.

I stayed up all night writing funny articles about fashion week, just to have content, because I didn’t know a lot about it.

Gradually I phased out the other sites and kept going with FWO, filling it with more and more actual content.

I learned there are a lot of designers who want to be recognized and supported, so I began to realize I could use the platform to support them.

Around that time I started noticing a big push in fashion to be more inclusive. “Plus-size” was just getting started. We began seeing people with Down’s Syndrome — or in wheelchairs — on the runway.

This was truly exciting to me.

We co-produced a show with FTL Moda that brought an acid attack survivor onto the runway. I put it right on the front page. We don’t let bullies win, and bringing these things into the light is how we do it.

Q: Are you surprised by the great success of FWO or did you expect it?

In a sense I shouldn’t be, because I put in literally hundreds of hours working and building it — usually during lunch time at office “temp” jobs, working at my desk — and also evenings and weekends.

My girlfriend at the time was sort of in shock at first, thinking I might have lost my mind, haha.

I guess I figured if I just worked hard enough, eventually it would lead to something better; hopefully something that included travel.

But I’d worked so hard and long at music, I was sort of at peace with the idea that sometimes you work for years and don’t find financial success.

So when it started to do well enough for me to move to New York, I was kind of amazed.

But it didn’t happen overnight.

They say “most overnight success is years in the making,” and that was the case with FWO.

A lot of people think success has to come quickly, or by a certain age, because those are the stories they see in the news, but 90% of the time it’s a marathon, and it comes after years of work.

But I had fun building it, and that’s the key.

Do what’s fun, and you’ll stick with it. And remember after the “big success,” you might get bored!

In LA I would run into — or work for — miserable, bored people in mansions, driving expensive cars. You see that all the time.

I knew I didn’t want that, either.

I wanted something that would give me something fun to do, every day. For me that was more important than money.

All we have is 24 hours, ultimately. I’m always focused on making that next 24 hours fun.

Q: RNWY now has several components under its wings. Is it possible you will be venturing into the fashion line arena as well?

RNWY is a big project that I plan to keep developing, the main focus now being the book and cinematic universe. But yes, that’s certainly on the table as well, if it feels right.

Q: You are obviously a man of many interests and passions. Which drives you the most today?

Trying to be a force of good in the world.

I don’t mean to sound like a “Mary Sue,” but the fact is I had a very rocky youth, and I was unhappy for a long time.

The good part is, one day I realized that my entire life was something I DIDN’T want. My attitudes, my habits. All of it.

So I just started doing the opposite. That’s actually when I decided to leave New Orleans and move to LA to pursue my “dream” of music.

So I feel like every day my main goal is to continue to “pay back” to the universe: sometimes in visible ways, other times in working at being more patient and tolerant, and less judgemental.

Q: What motivated you to your philanthropic work in Kenya and what more do you want to do in the philanthropy arena?

I went to Kenya to blog for SPIN.com a few years ago, and it really changed me.

In the United States we’re in the position to help others in the world with a surprisingly small amount of money.

Seeing their happiness makes me feel like no matter what I accomplish on a professional level, or don’t, it doesn’t matter, because my life has been a success.

Something else that’s important to me is suicide prevention, and the topic of chronic loneliness.

I saw The Party’s Just Beginning in January and I was unexpectedly blown away. It’s a brilliantly directed and written movie with a huge heart.

Three days later I’d booked a flight to Inverness, Scotland and visited Mikey’s Line, an organization that works to prevent suicide in the Scottish Highlands.

Inverness blew my mind. There was an energy there I can’t describe.

Animal welfare is another topic that’s important to me.

I found a cat covered with fleas, missing half her hair almost 10 years ago and she’s been with me ever since. It’s incredible to think we went from sleeping on a single mattress on the floor of a dingy apartment in LA to a beautiful apartment in New York City.

That’s the power we have to heal and be healed with (seemingly) small choices.

Q: Human interaction, science, and technology seem to be of great interest to you. What created that fascination?

If you look at human history, the Bronze Age to the present, we see the world becoming more compassionate, more effective, more loving.

It doesn’t make for good sci-fi, but I think in the future it’s our current era that will seem barbaric, not the other way around.

The future may still hold some big steps backward, though. The Middle Ages were a notable 1000-year backslide!

But look how it worked out! Beyond those “dark ages” lie new levels of progress.

This is fascinating to me. I wonder what the far future will look like. (And what kind of music they’ll listen to? Separate topic.)

Because it won’t just be technological progress; it will be a new culture, with new ways of thinking.

Q: You hold a Master’s Degree in creative writing. Was writing a book always part of your master plan?

Ha! Yes, I wrote some books when I was a teenager.

Between music and having to make “ends meet” in jobs for so many years, it was just on the back burner for a really long time.

So I’m pretty excited to be doing it again.

Q: RNWY BOOK 1 has some interesting characters who are unique without superpowers or special abilities but do exceptional things. Why was it important that they weren’t superheroes in the traditional sense?

Because if these characters can do amazing things, it means anyone can.

They’re exceptional not just because of their intelligence, but because they care.

Beneath their damaged exteriors they have deep hearts, and that’s their real “super power,” because it allows them to stick together and come up with the right solutions.

Q: The next step is a graphic novel and a movie. What should the audience expect from those projects?

I’m working on the screenplay for the RNWY movie now. It’s going to be amazing!

Currently I get up in the morning, write all day, and have to force myself to stop and do something else before bed.

It’s a grind, though. But I just keep working! Taking stuff out, putting stuff back in. Rearranging, rewriting: whatever it takes to make it great.

No scene is safe!

Q: Describe your personal style and where do you draw inspiration?

If I had my way I’d probably wear the same thing every day.

Lately I’ve really been trying to jazz it up for fashion week, but I’m kind of coming to terms with the fact that I’m a “jeans and t-shirt” guy, with some add-ons.

Q: What is your personal mantra?

I have a few, none very original:

“You can’t take negativity out, you have to put positivity in.”

“Visualize what you want, not what you don’t.”

“When you choose love, you see a simple, straight path.”

Q: What would you like your creative work to inspire in the audience?

To realize that all conscious creatures — humans, animals, and even AIs! — are / will be a single phenomenon.

The universe pours consciousness into each of us, so “it” can “walk around” in our shoes for awhile, and we can re-learn to love.

I think people who don’t believe in a “god” — whatever you conceive that to be — don’t know enough science. Quantum mechanics is insane! Our actual universe is far crazier than any science fiction.

Believing that there’s an even-deeper scaffolding behind all of it is the LEAST farfetched thing you learn when you dig into physics.

In fact, deeper and deeper levels seem to be the hallmark of the universe.

Whatever happens in the “next life” is beyond our understanding.

But I think it’s probably like “waking up” and thinking: “Wow. That was cool.”

You can learn more about the RNWY book and cinematic universe at RNWYUniverse.com, and on IMDb.
P.A. Lopez (aka Pablo Starr) can be found on Instagram at Pablo.FWO and on IMDb. 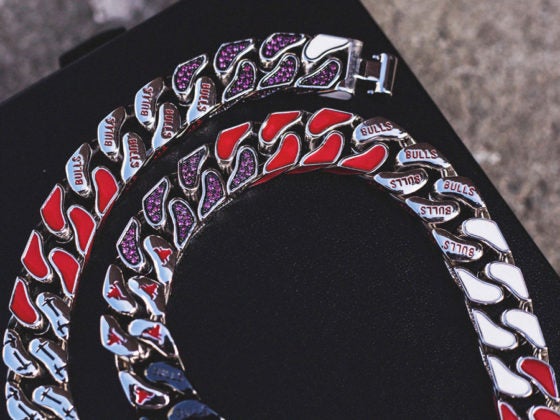 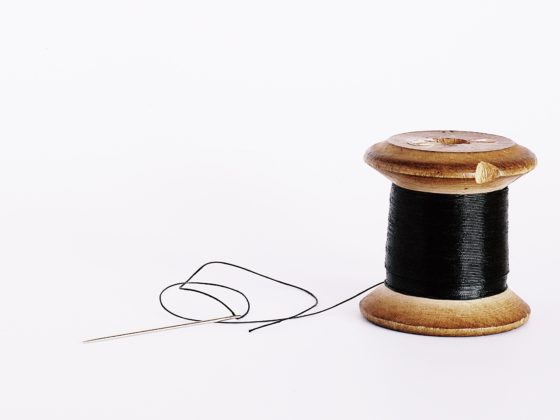