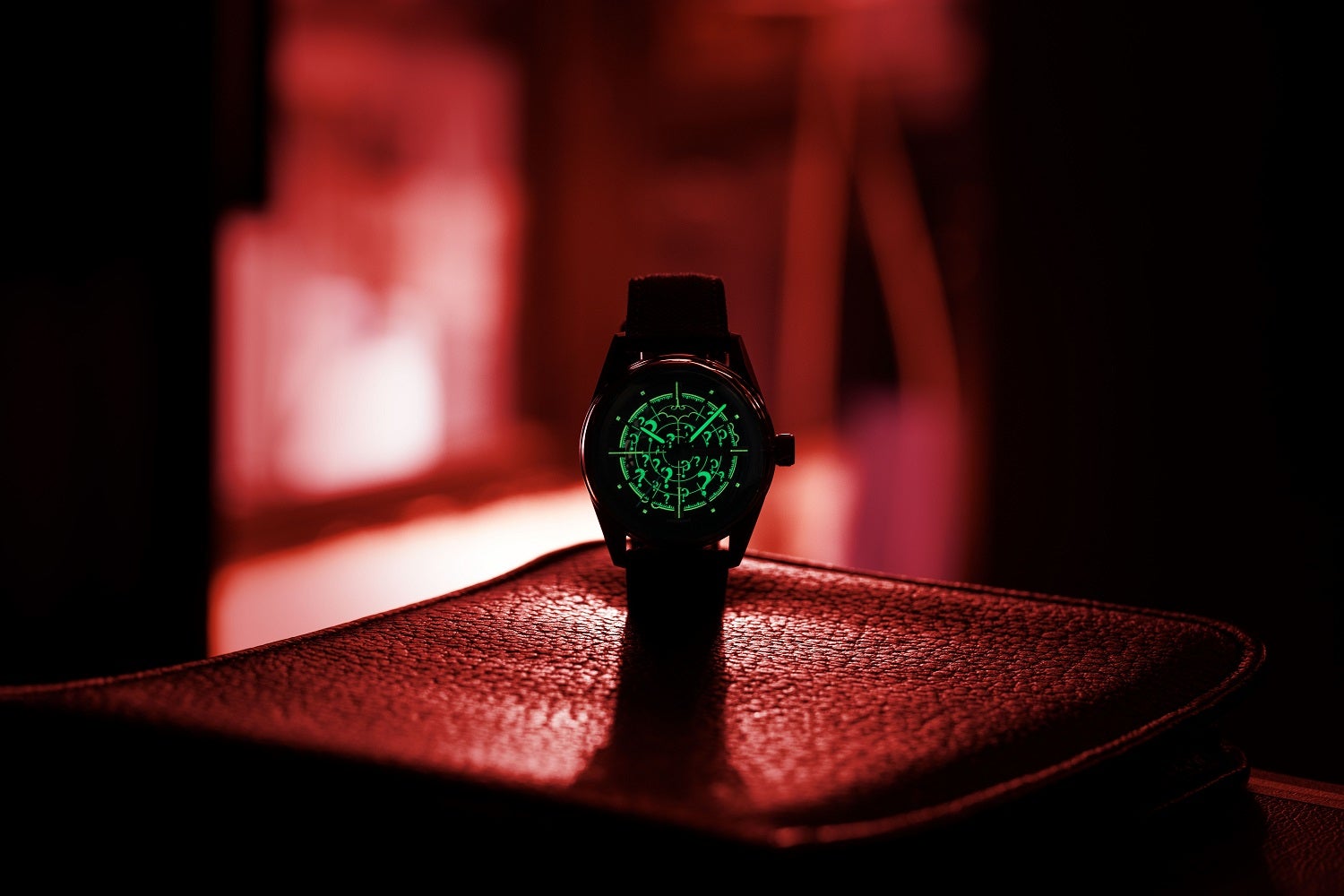 Combining the pinnacle of Batman watch design and the latest manufacturing development, UNDONE proudly introduces the third and the most electrifying collection of our favorite superhero, Dark Knight Retrospective.

The first Batman collection in 2019 showcases a set of two watches mirroring Batman’s dual personality – Bruce Wayne by day, and the Dark Knight by night.

The following year, we designed a second collection, Batman Quantum, inspired by Batman’s formidable gadgetry including his iconic suits, vehicles, and weapons.

This time, it’s the ultimate showdown as we bring you our third and latest collection. Our team explores a new perspective in the Batman story and the world of watch design. This is a fight between the good and the evil, more specifically, Batman and the supervillain, The Riddler; and our relentless effort to push the boundaries of watch design.

The (Watch) Game is On 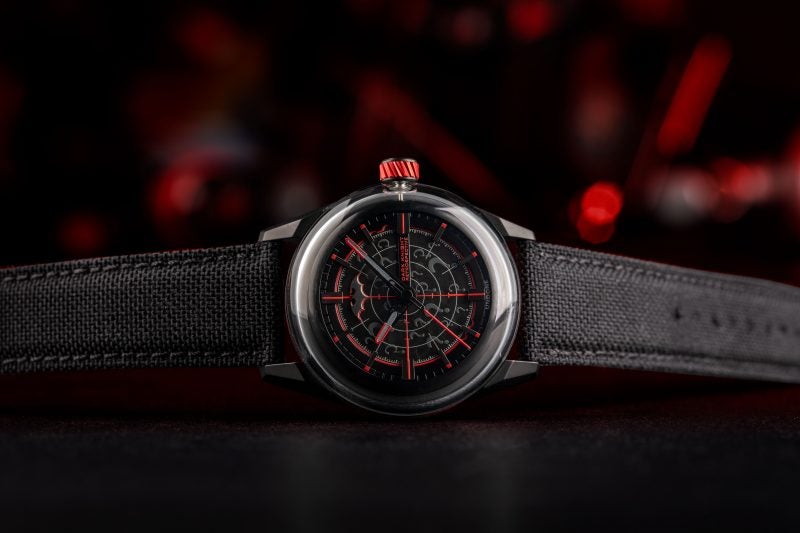 The Dark Knight Retrospective is a dream watch for both avid Batman fans and seasoned watch collectors. Its universal appeal comes from the clever combination of an inspired 1960s Batmobile and rare watch features that were only seen on high-end luxury watches.

Batman fans would be delighted to find hints of the 1960s Batmobile, which some had claimed to be the perfect embodiment of the superhero image, featured on the watch. The bulletproof windshield, for example, is represented by an anti-reflective glass vault lens that curves around beautifully for a refined aesthetic. 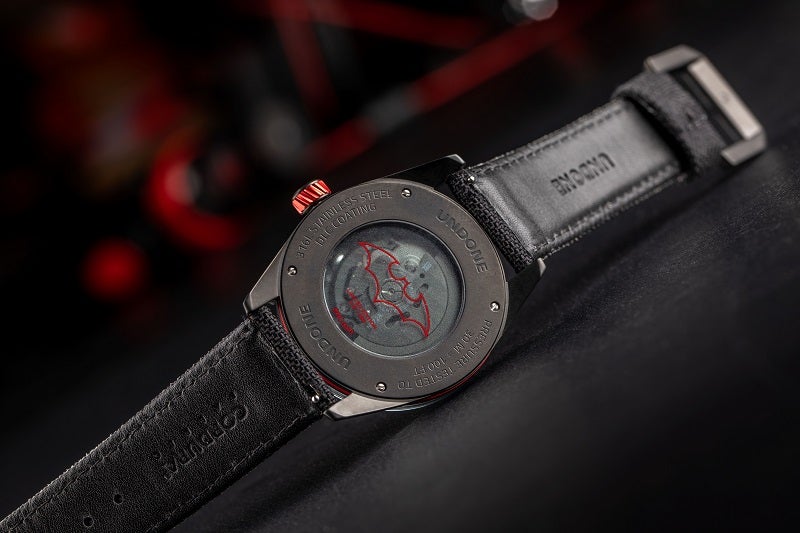 Anyone familiar with the Detect-A-Scope, found on the Batmobile’s dashboard, would know it serves as a tool for Batman to monitor his enemies’ movements. The amazing piece of tech has inspired UNDONE to re-create this into a feature that makes sense on a watch (and to watch lovers) – a see-through dial that reveals the skeleton mechanical movement beneath, and a radar lume.

Along the sandwich case are red aluminium rings, prominently around the crown and the glass fold, a racy and cool design element that’s a nod to the crimson pinstripes on the Batmobile, a modified 1955 Ford Lincoln Futura, driven by Batman in the 60s.

That black and slick finish on the Batmobile is far from just for showing off. The tough car exterior is made for extra protection against attacks by the Dark Knight’s most vicious enemies. With this in mind, our Batman Retrospective is applied with a generous coat of Diamond-like Carbon, an ultra-resistant layer which mimics that of the Batmobile. 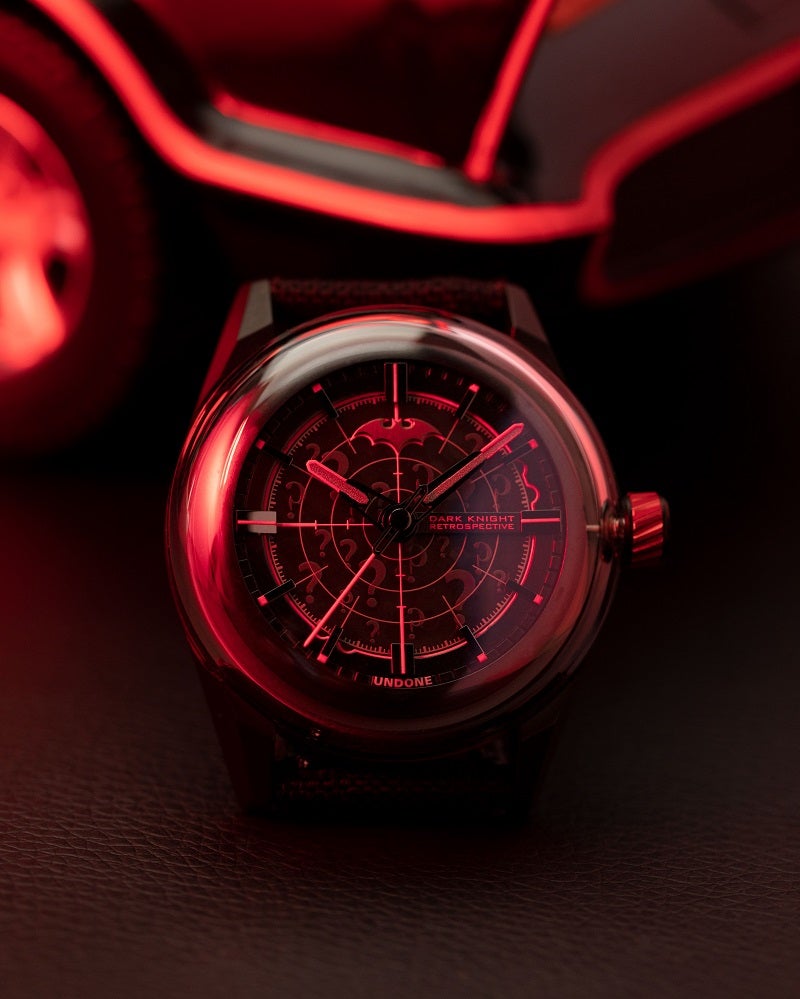 In the Batman movie, the Dark Knight is set to confront the return of his arch nemesis, The Riddler. Fans are already aware that the criminal mastermind takes delight in incorporating an elaborate series of riddles into his schemes.

So, what could be more intriguing and unexpected than bringing darkness to light? Once it turns dark, The Riddler appears through numerous question marks that illuminate in the most ingenious way. As the glowing “?”s fill the dial, it also symbolizes that the night has arrived, and The Riddler has come out to play.

“Dark Knight Retrospective” is 42mm in diameter and comes in at the height of 13.90mm, from the caseback to the top of the K1 Glass Domed Canopy, giving it its curvaceous side profile. The satin black DLC coated 316L stainless steel case is finished with a red anodised aluminium trim. This piece houses the ruthenium plated Japanese TMI NH72 Mechanical Skeleton Movement with an Automatic Winding Mechanism (supplied by SEIKO Manufacturing (H.K.) Limited) with a 42-hour power reserve. Water-resistance is guaranteed up to 3 ATM/30 Meters. Giving the “Dark Knight Retrospective” it’s final touch is the 22mm quick-release black Cordura strap. 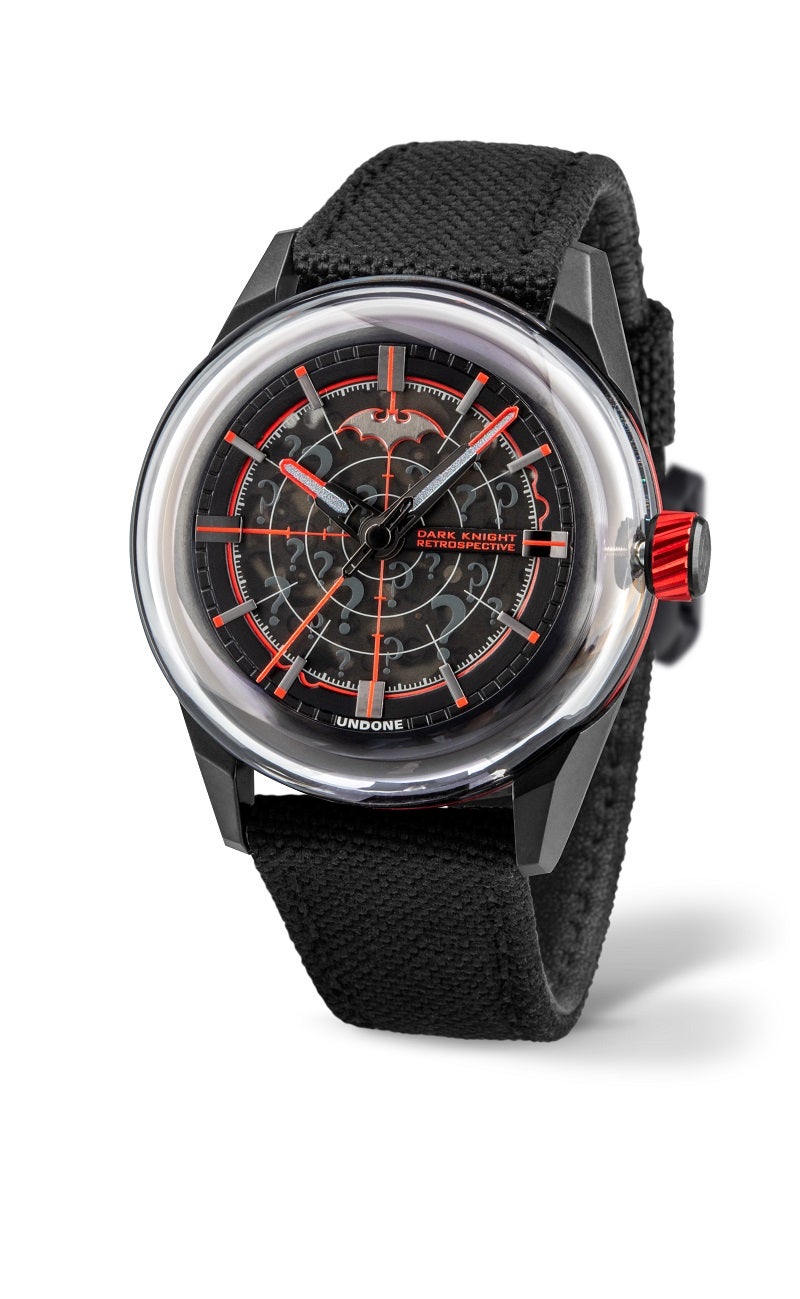 The highly collectable Dark Knight Retrospective, limited to only 999 pieces worldwide, is available for purchase at an irresistible value of $499 USD.

Established in 2014, UNDONE is the world’s leading bespoke wristwatch label, where premium watchmaking is about the individual. The team of industry veterans behind the company believe that watches go far beyond functional fashion – that watches tell stories. With their customizable, madeto-order timepieces, wearers become narrators. Every watch is unique, brought to life using traditional techniques and today’s technology; components are carefully curated, designs are developed in-house, and all products are tailor-made, tested, and true to the  UNDONE philosophy: that individuality matters.

Warner Bros. Consumer Products (WBCP), a Warner Bros. Entertainment Company, extends the Studio’s powerful portfolio of entertainment brands and franchises into the lives of fans around the world. WBCP partners with best-in-class licensees globally on an award-winning range of toys, fashion, home décor, and publishing inspired by franchises and properties such as DC, the Wizarding World, Looney Tunes and Hanna-Barbera. The division’s successful global themed entertainment business includes groundbreaking experiences such as The Wizarding World of Harry Potter and Warner Bros. World Abu Dhabi. With innovative global licensing and merchandising programs, retail initiatives, promotional partnerships and themed experiences, WBCP is one of the leading licensing and retail merchandising organizations in the world.

DC is one of the largest English-language publishers of comics and graphic novels in the world and home to some of the most iconic and recognizable characters ever created. As a creative unit of Warner Media, DC is charged with strategically integrating its stories and characters across film, television, consumer products, home entertainment, interactive games and the DC Universe subscription streaming service. For more information visit dccomics.com. The highly collectable Dark Knight Retrospective, limited to only 999 pieces worldwide, is available for purchase at an irresistible value of $499 USD. Get yours today over at UNDONE. 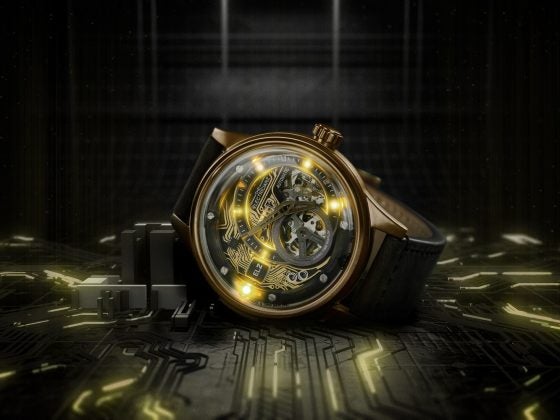 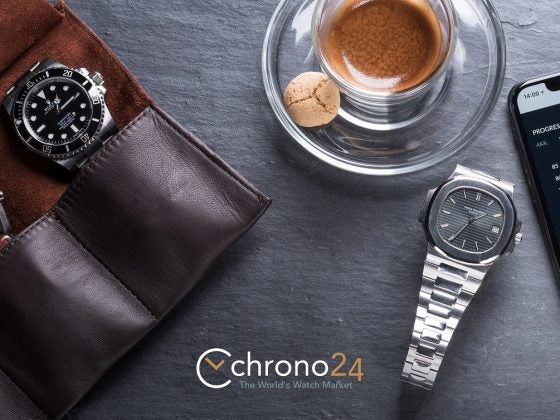 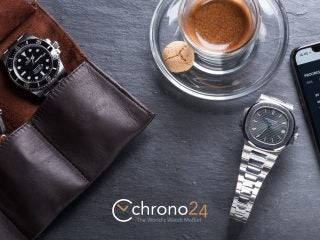 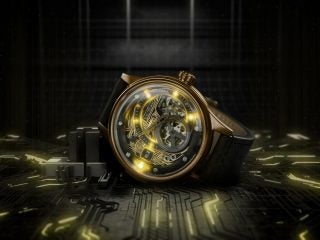 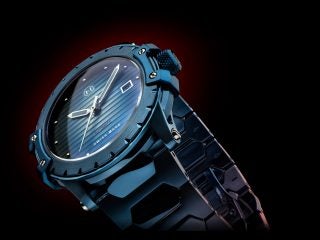 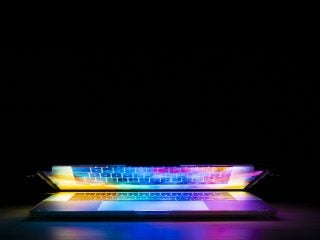 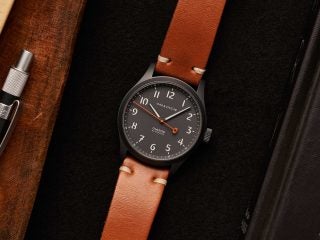 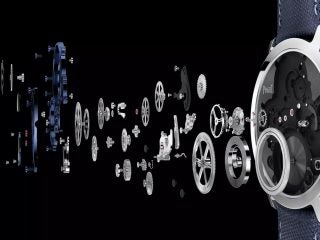