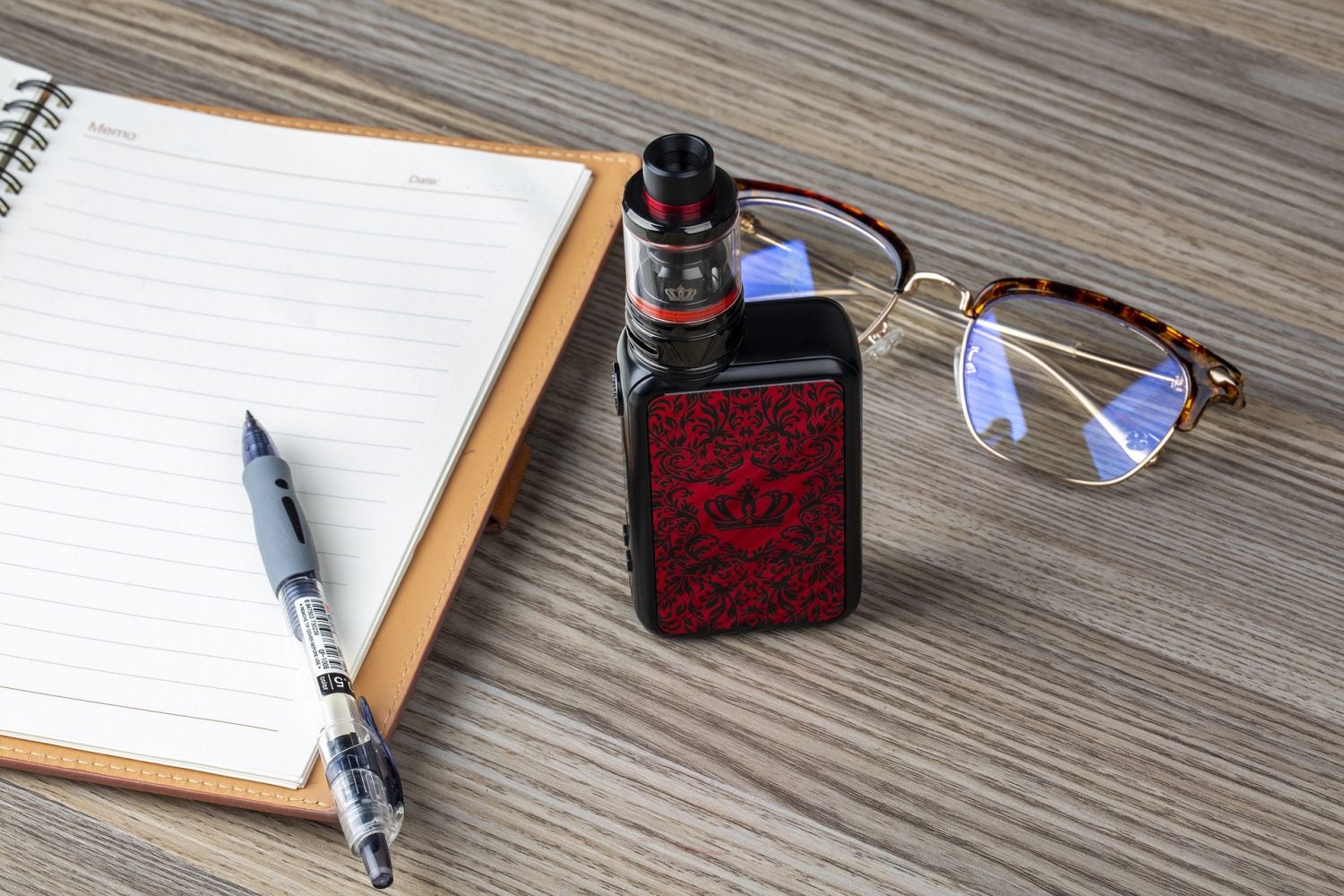 Do you have a vaping device that you’ve been using for more than a year or so? If you’ve been using the same device for that long, there’s a good chance that it is either badly outdated or reaching the end of its usable life. Every vaping device has a finite lifespan, with the average length being about one year. If your device has reached that point, there’s a good chance that it is overdue for replacement.

There’s no need, though, to make that decision based just on how long you’ve owned the device. There are always a few telltale signs of a vaping device that’s overdue for replacement, and we’ll help you identify those in this article.

Before you rush out and buy a new vape kit similar to the one you’re already using, consider the possibility of switching to an entirely different type of device instead. Disposable vapes from vape shops like V2 Cigs UK are the most popular devices on the market these days, and a big part of why they’re so popular is because with disposable e-cigarettes, you’re never tied to one device for more than a few days. You can always explore the latest flavors and new technologies without investing in a new starter kit, so there’s never any need to continue using a device that you no longer enjoy or that’s beginning to fall apart.

While you think about whether switching from a traditional vaping device to disposable vapes is right for you, we’d like to provide some information that can help you decide whether your current device has reached the end of its life. These are the signs that your vaping device is overdue for replacement.

The Device Has Cosmetic or Structural Issues

Have you dropped your vaping device on the floor once or twice in the time that you’ve owned it? Modern vape mods are very durable. They can only withstand so much punishment, though, before they start to fall apart. If you use your vaping device constantly and bring it everywhere with you, it’s probably taken quite a lot of abuse along the way. When things get really bad, you might find that random plastic parts begin falling off of the device or that the battery door begins popping open on occasion. If your vaping device can no longer hold its own components together, it’s definitely overdue for replacement.

The Battery No Longer Holds a Charge and Isn’t Replaceable

When you buy a vape mod, one of the biggest choices you’ll need to make is whether you want to buy a device with a built-in battery or one with a removable battery. Devices with built-in batteries tend to be smaller, and they’re also cheaper since there’s no need to buy a battery separately. The problem with this design, however, is that every lithium-ion battery stops holding a charge eventually. On average, you can recharge a battery around 300-500 times before its capacity decreases severely. For a vaping device that’s recharged one or twice per day, that translates to a life of about one year.

Buying a vaping device with a built-in battery helps you save a little money on your initial purchase – but when the battery stops holding a charge, you’ll need to replace the entire device. If your device has reached that point, it’s time to start shopping around for something new. 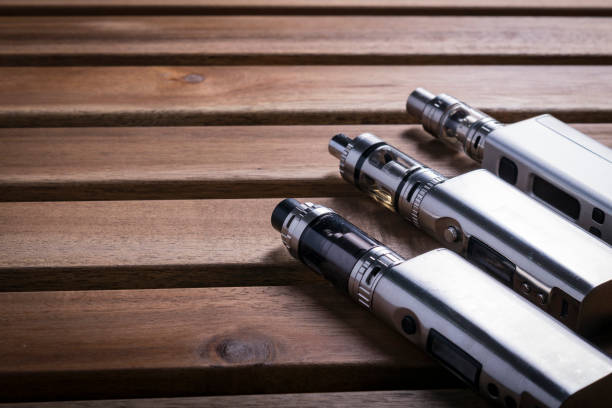 Replacement Pods or Coils Are Getting Hard to Find

Manufacturers in the vaping industry are always releasing a constant stream of new products – and to encourage consumers to buy those new vape kits and tanks, they’re always in the process of phasing out older products. After a particular vape tank or pod system has been around for a while, replacement parts will start to become difficult to find.

If you have a vape mod that uses threaded attachments – and you’re starting to have trouble finding replacement coils for your tank – that’s not a major problem because you can always buy a new tank. If you use an all-in-one device with proprietary coils or pods, on the other hand, it’s a different issue because you’re eventually going to get to a point where replacement parts for your device are no longer available.

If it’s becoming difficult to keep your vaping device working because you’re unable to find the required replacement parts, it’s a sure sign that your device has reached the end of the road and that it’s time to consider replacing it.

New Vaping Products Have Features that Your Device Lacks

The fact that modern vaping devices have updateable firmware is a great thing for consumers because it means that it’s possible in many cases to add new features to a device – or to correct certain types of bugs – after that device is already on the market. There are several cases, though, in which it isn’t possible to add a new feature simply by updating a device’s firmware. For example, a firmware update can’t transform a device that only operates at one power level to one that supports variable power levels. You also can’t change a pod system that only has traditional wound coils available to one with mesh coils. Both of those things have to be done with completely new hardware, and that’s one of the many reasons why manufacturers are always releasing new devices.

Your Goals Have Changed

The final reason why it might be time to replace your current vaping device is because the reasons why you originally purchased the device are no longer valid. Suppose, for instance, that you’re using a powerful vape mod, and you purchased that device because you wanted something that was capable of producing enormous clouds. You had fun with cloud chasing at first, but then you realized that you were spending too much money on e-liquid and replacement coils. You’d like to switch to a new device that doesn’t cost so much to use. This is a case where switching to a device that doesn’t generate quite so much vapor per puff – a disposable vape, for instance – might be exactly what you want because it’ll greatly decrease how much you spend each day on vaping. 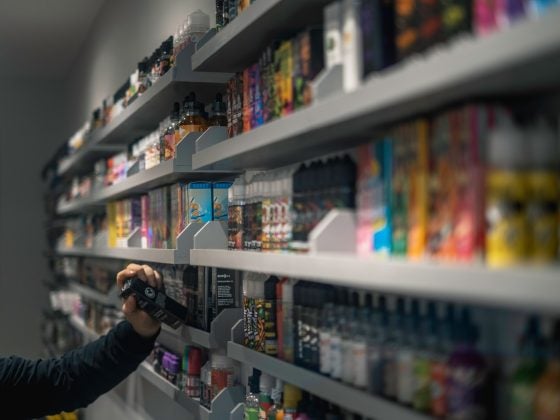 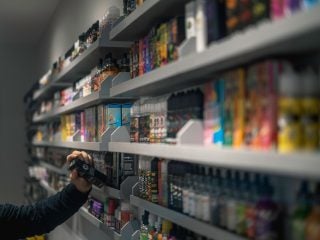 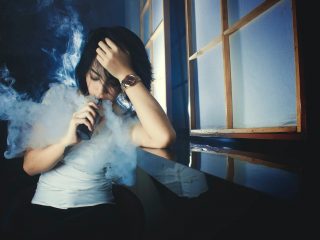 Vaping vs. Smoking: Which Is Safer? 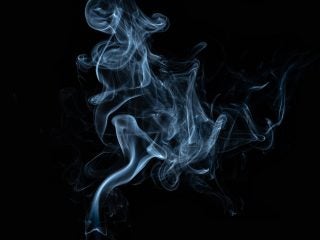 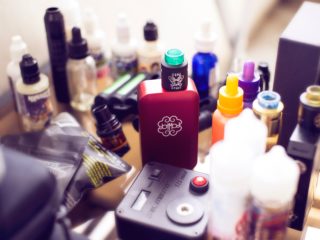 The Ultimate Guide For E-Liquid Selection