By the looks of things, Jeff Logan is running out of places to sit down.

In one of his recent Instagram stories, the floor of Logan’s office is filled with what appears to be at least 50 ball caps from No Beast Mode, his fashion and accessories line. A similar set of caps in white fills a table near his desk. As his smartphone camera pans across the room, there’s a glimpse of a shelf filled with canisters from Become Nutrition, his line of health supplements. Finally, he points the camera at himself, which might as well serve as a walking, breathing ad for Logan Performance, his fitness and life coaching service. “One man, three brands,” the text on the Instagram story says, but that’s not quite true. There’s also Jeff Logan the model — someone who has sported clothes from Boohoo Man, among others. Even for a guy as jacked as Logan, this is a heavy workload to carry.

“In one day [I’m] modeling for my brand, or for another brand, or having conversations about inventory for the supplements,” Logan says, just before he apologizes and puts on his headset because, he admits, “I’m doing something else while we’re talking.”

The broad range of Logan’s entrepreneurial endeavors is all the more impressive given he never intended to go into business in the first place. Less than 10 years ago, Logan was depressed, near-broke and with little in the way of prospects. Let’s rewind to 2012 — actually if you go onto Logan’s YouTube channel, you can still see a clip of him running in place as he tosses a football back and forth. “Fullback Jeff Logan” was training for the NFL draft, a long-held dream that, based on his physique and success on school teams, must have seemed inevitable. It wasn’t. While he may have gotten closer than most to a dream of a professional football career, Logan didn’t make the cut, an outcome for which he was ill-prepared.

“I had put all my eggs in one basket,” he said. “I had no plans for the next month — Instead, I was thinking, ‘My bonus is going to be this much.’”

Logan was down to $1,000 and there was a risk he would lose his Honda Accord. The only thing to do was work whatever jobs were available. Not unlike his life today, he chose to work as many of them as he could. This included a gig as a security guard, a pizza shop and at a GNC outlet, where he would spend days daydreaming of his own section of supplements in the store. His tiny moments of downtime were not spent in front of the TV, but back at the gym — a gym where he lacked an actual membership. “Each time I walked in, I thought they might catch me. Every day like it was my last day working out,” he said.

Not only did he avoid getting charged, he wound up profiting from exercise after he began posting workout tips on Twitter. One day, out of the blue, someone asked him if he could provide a workout plan. They offered to pay. He wasn’t sure what to charge, but given he was being paid $10 an hour for one of his jobs, charging $100 an hour for fitness consulting seemed to make sense. It took only a moment to create a “Logan Performance” Gmail account before Logan’s fortunes drastically began to change.

As his training business took off, Become Nutrition was born from Logan’s own frustrations about the supplements business, which he says is “oversaturated with a lot of things that don’t work.” These ventures, along with the Beast Mode brand, are all cross-promoted across his various social media channels, particularly Instagram, where he has hundreds of thousands of followers. Promoting, in this case, also means posing, which he admits can sometimes be uncomfortable. “The modeling aspect (of my career) is definitely weird. It requires a different part of me,” he says, including a different outlook on exercise. “I’m still progressing in terms of increasing health, but not muscle size. The majority of brands I work with are from the UK, so the sizes are smaller and most of those shirts are mediums. I could be bulking and then get called into a campaign and the clothes are supposed to be tailored to appeal to any man.”

In fact, Logan suggests anyone looking to him in aspirational way should reexamine their own goals, rather than try to achieve his physique before hitting the beach this summer.

“I advise my fitness clients to focus on becoming a better version of themselves,” he says. “It’s as if you were a hummer and you want to speed like a Lamborghini. You can’t go as fast as that. You can go as fast as a Hummer can go. Instead of saying, ‘I want that body,’ they should perfect the body they have.”

The key, Logan adds, is determining what’s possible and then going all-out to realize it.

“If I know for a fact that I can do better, I think it’s kind of sin not to push myself,” he says. “I’ll have people say, ‘Hey, you should stick to one thing and not juggle.’ And hey, I’m not even good at juggling fruit in the fruit section, let alone four companies. But over time, I just realized that human potential is limitless — which means I can push for anything.” How to Style a Snapback Cap 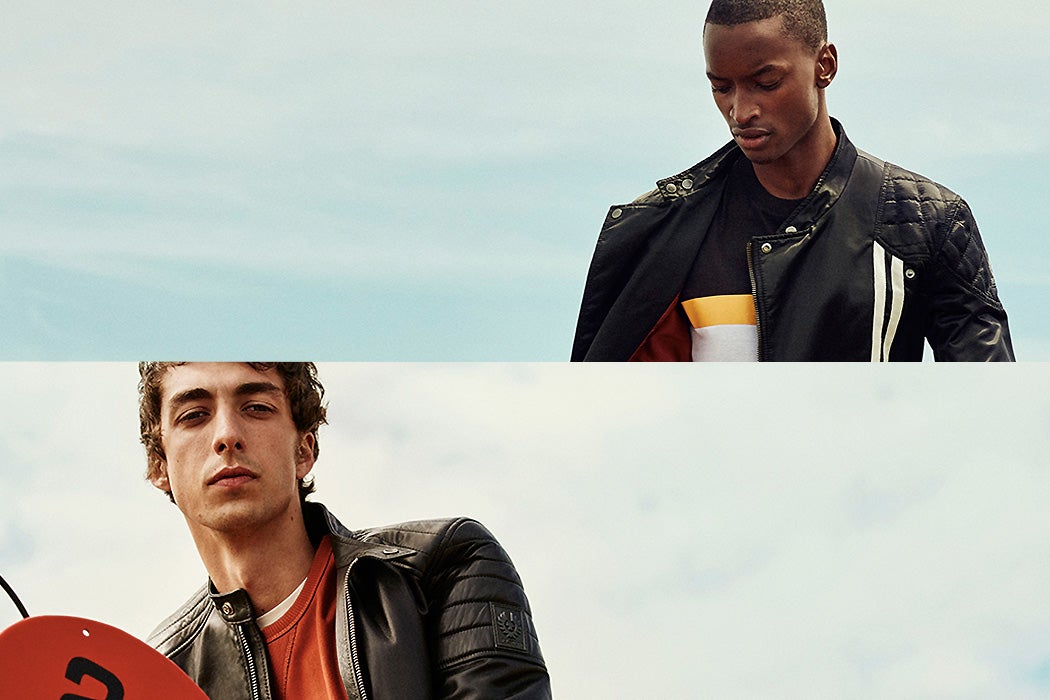