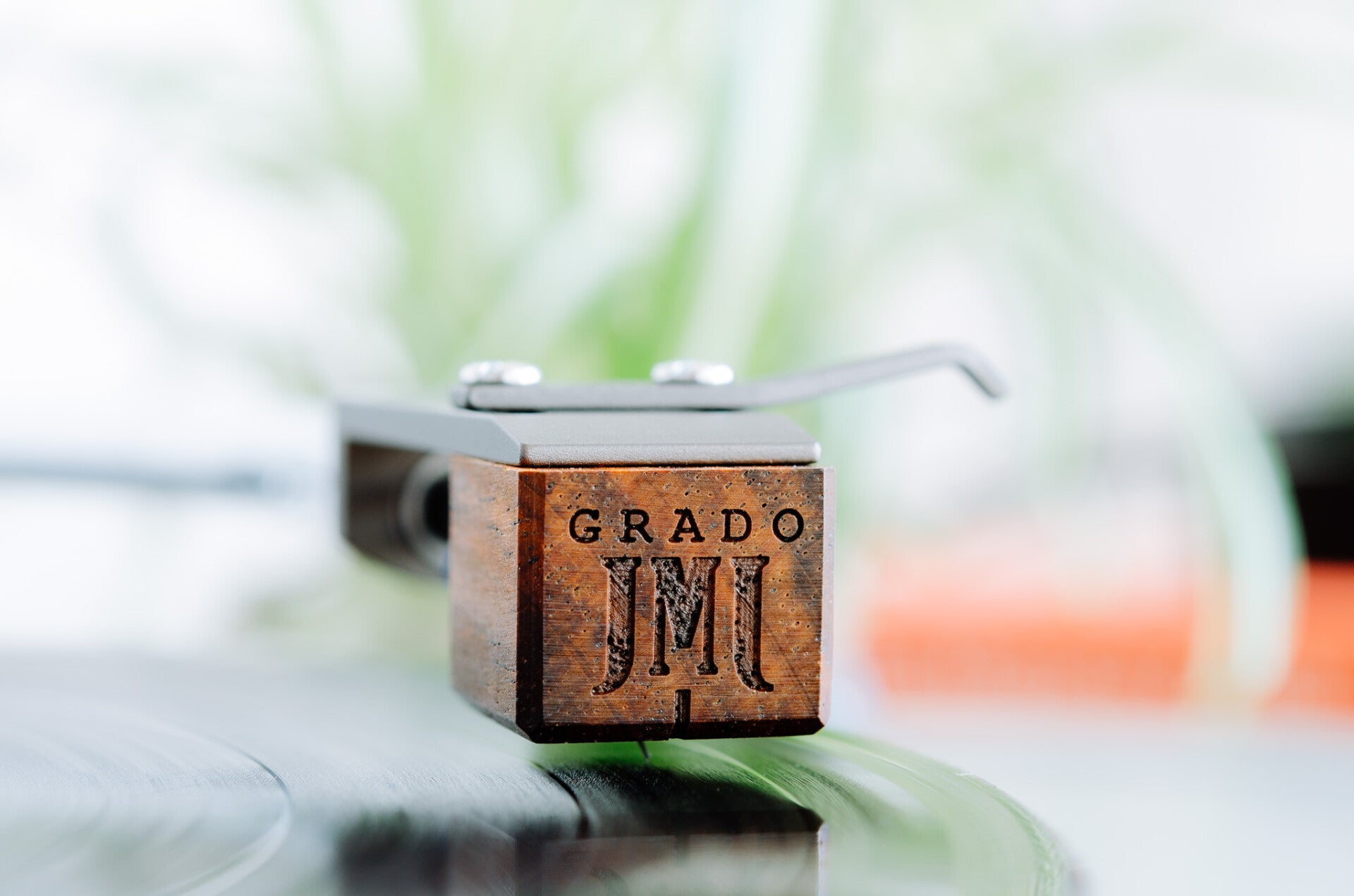 Grado Labs Headphones are simply one of a kind. We sit down with the company’s founders to talk shop and get the scoop on the company’s history and what’s next.

Swagger Magazine got to sit down with Jonathan Grado of Grado Labs to discuss Family, Business, and Sound. Grado Labs have been engineering stylish and unique headphones since 1991, with decades of previous experience in the audio industry manufacturing cartridges for record players. Grado Labs produces Limited Edition collaborations with everyone from Ariana Grande to Oreo, as well as their own collections of headphones, each with unique sound quality due to their innovative use of materials. Join us at Swagger in welcoming Jonathan for an interesting read on an imaginative family business.

Hi Jonathan, thank you for joining us today! Please tell us a bit about yourself and Grado Labs.

I’m Jonathan Grado and am part of the 3rd generation of Grado Labs headphones. Grado hand-builds headphones and cartridges in Brooklyn, NY, and was founded on a kitchen table in 1953. My great uncle (my dad’s uncle), Joseph, was a watchmaker at Tiffany’s but always had a passion for audio. He started building phono cartridges (the mini generator on the end of a tonearm, the piece that holds the stylus that touches the record) on his kitchen table, and when production exceeded the table, he went around the corner to our family fruit store Grado Fruit. He said he had a new idea, the fruit store closed, and Grado Laboratories took its place. And we’re still in the same building today. (we’ve had the building in my family since 1918). 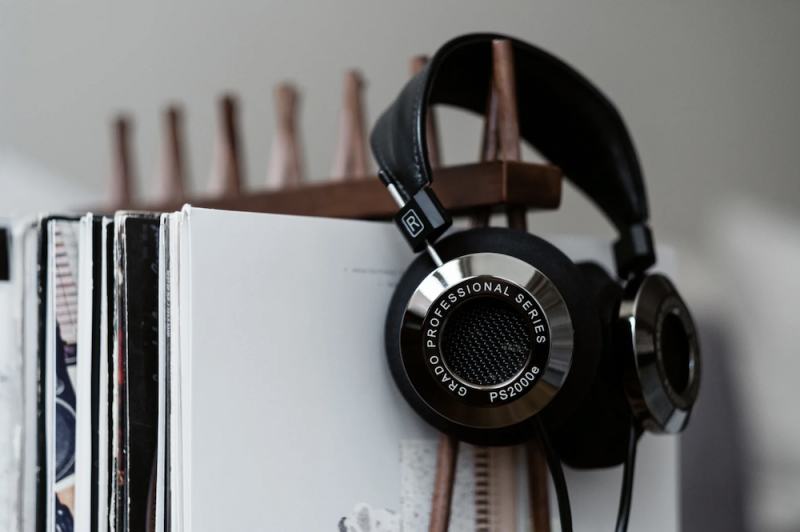 Joseph Grado founded the company in 1953. My dad, John Grado, started working here when he was 12 sweeping the floors. He trained for decades under my great uncle Joseph. In the ‘80s Grado Labs hit peak cartridge production: we were hand-building 10,000 a week. In the same decade, we also hit the lowest production: 12,000 for a year. This is because everything that was coming out was more practical than a turntable. My great uncle Joseph was going to retire and close everything down, but my dad told him he had an idea and ended up taking over the company in 1989. In 1991, Grado Labs headphones first came out. I started working here in 2011 and became full time in 2013; my brother Matthew Grado joined me as 3rd generation at the company in 2017. In 2020 headphones remain our priority, but we still build cartridges to this day. Much, much more than we thought we’d be building 67 years later.

What are your family dynamics like working together as a team?

Honestly, we work pretty well together. When I first started at the company I wanted to have a big open space and beer on tap like all my friend’s workspaces. My dad laughed and said “no”. I grew up on top of Grado so to me it’s just kind of another home, but it took me a while to realize the connection the space has to what we’ve been building for 67 years and what an integral part of our story it is. So while that stuff would’ve been nice it wouldn’t have changed our sound quality. My dad has definitely taught me patience.

A funny story is that two reality shows have reached out about us being on a show, but when they see how we work together and there was no drama they straight up told us without drama there’s no show. Which makes sense and also a compliment!

That is hilarious! How many people work on the Grado team now? What are the main roles/teams?

My dad is in charge of everything but he doesn’t like acting like the boss unless he has to. Most days he’s building with everyone else. My brother is learning office operation, and I’m VP of Marketing with a $0 ad budget. We haven’t advertised since 1964. I spent a few years learning the headphone and cartridge building but now I oversee everything digital: do all the photography, social media, outreach, emails, copywriting, etc.

What past limited editions have the team at Grado come up with?

The first major collaboration was with Bushmills whiskey and Elijah Wood. We used their white oak barrels as wood for the housings. The first major limited edition was the GH1. A maple tree had fallen in Brooklyn after a storm, but not just in Brooklyn, a few blocks from Grado. We built the first Grado Labs headphones out of a Brooklyn tree. It was our first time using maple, and it’s since become a staple. All our limited editions and collaborations can be found here.

That sounds beautiful. Why do you think hemp worked so well for the limited edition Hemp Headphone by Grado?

After we built a headphone out of a motorcycle I didn’t think we’d find something that’d be as challenging so soon. We’ve been working with wood for decades, mostly with mahogany. After we started doing limited editions and collaborations about a decade ago, we realized we could explore the sonic properties of different materials without altering our existing line-ups. We’ll throw around ideas around the dinner table, and at some point my dad jokingly mentioned hemp. After that, it would come back up once in a while going from a joke to a “what if”, to an “oh wait we might be able to actually build this”.

Can you expand on what leads to the best sound quality when it comes to headphones?

The highly compressed hemp creates a damping effect between their fibers. This produced a fuller sound and we pleasantly surprised with the amount of depth we heard. Our drivers are very good with the mid-range (where most of the information is in most music) so we focused on the low end and the top end. We tuned the drivers to work in tandem with the hemp and brought about a noticeable low-end and a top-end that smoothly extends to its limits. We combined it with some maple to balance out the sound, but the warmth and depth we’re contributing to the hemp.

What is your process of bringing such a unique product like the Hemp Headphones to life?

It took us around two years to figure out the right recipe for The Hemp Headphone. We came to a point where we knew it needed to be combined with a second material, so then we needed to not only experiment with separate woods but the right amount of each. We settled on maple, which became one of our favorites after it was used in our limited GH1 a few years back. We knew what maple would bring to the table so it helped us figure out the winning formula.

You describe the Hemp Headphones as “a slow burn, constantly getting better with every listen”. Can you please expand on what this means?

Like a baseball glove that gets better as it wears in, the driver (speaker) of the headphones become better as they’re listened to. The diaphragm of the driver “breathes” in and out as you’re listening.

Thank you Jonathan for sitting down with us to discuss the unique and interesting history of your family’s company.

Be sure to check out Grado Labs’ website at https://gradolabs.com and follow their socials @gradolabs to be the first to know about these limited edition headphone collections infused with nature and quality sound.

You can also keep an eye out for Grado Labs PS2000E Headphones in Swagger’s Covet section and upcoming Modern Mancave Editorial. 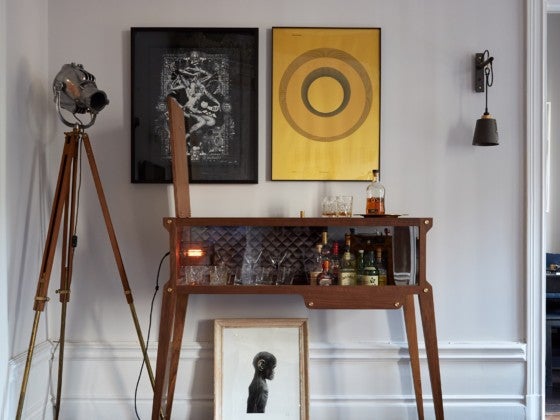 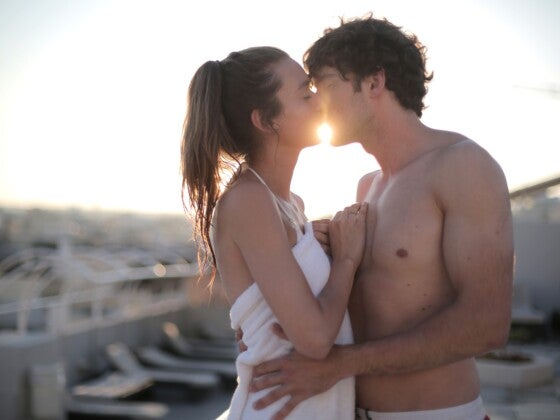