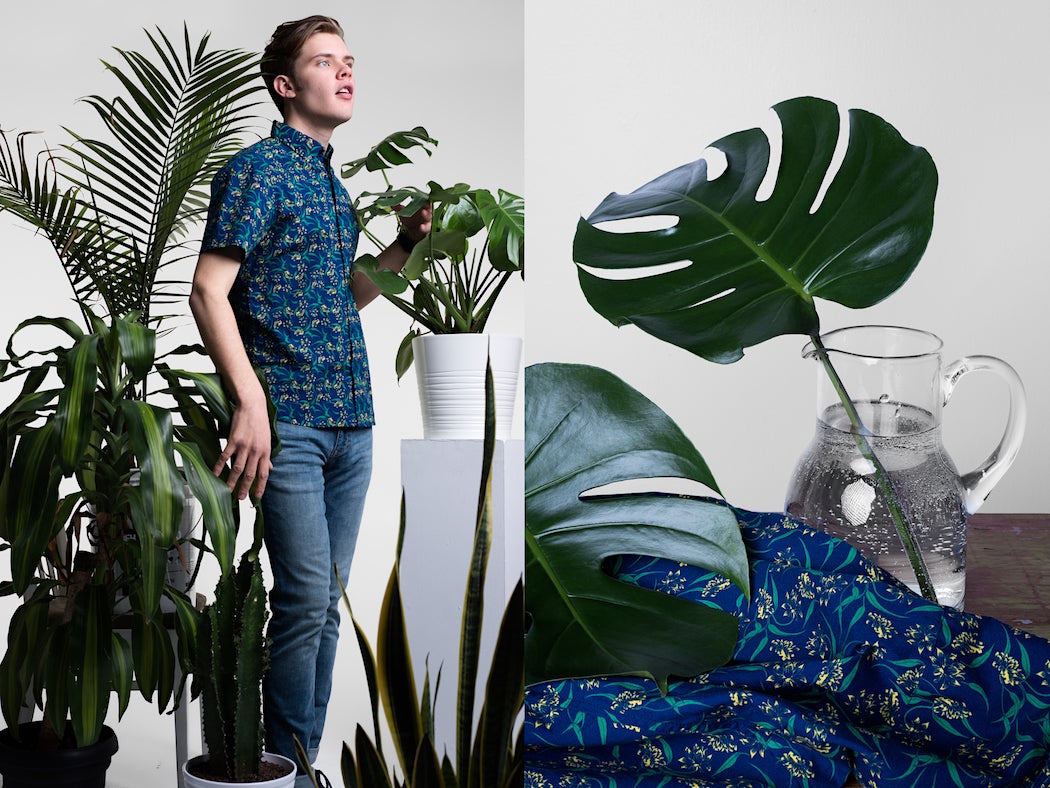 There’s a subspecies of man — let’s call him Hawaiian Shirt Guy — who loves to draw attention to himself at the beach, a house party or other gathering wearing a top so loud it’s less of a fashion statement than a desperate attempt at humorous conversation-starter. Then there are the kind of print shirts being produced by a new brand called Poplin & Co., which are aimed at another kind of man entirely.

Based in Vancouver, Poplin & Co. launched its first Spring/Summer line of printed button-up shirts earlier this year and has recently introduced them at local retailers such as El Kartel and Zebraclub in addition to selling them online. The designs are bold — particularly the short-sleeve ‘Garden Botantical’ and the long-sleeved “Aloha” — but resist being garish.

In fact, other shirts in the collection, including the short-sleeved “Cool Cats” and the long-sleeved “Midnight Monstra” have a darker, more subtle refinement despite looking nothing like the plain stripes or checks seen underneath most suit jackets. The prices aren’t outlandish, either — less than $100 for virtually any item in the collection.

According to Shadi Ahmadi, the brand’s design director, Poplin & Co came out of the idea that printed shirts — while definitely one of Summer 2018’s hottest trends — tends to be category-specific in terms of focusing on casual wear alone.

“The polished look was not really there,” she told Swagger, referring to the general loose bagginess of traditional Hawaiian shirts. “Men want to look creative but polished. And they want to be able to wear them to work but know the fit is still amazing.”

Poplin & Co. spent a year researching fabrics in multiple countries before finalizing on “peached poplin,” in which the cotton is gone over with a comb to take out the surface yarn to produce a fuzzy, soft feeling in the hand. The shirts are also pre-washed at the factory stage, which ensures they don’t shrink and that the heat-set colours don’t immediately start to fade after the first wash.

Of course, some men might be intimated to wear shirts with prints that might normally be associated with the guy who wears a lampshade on his head at a kegger. However Antonio Krezic, Poplin’s head of marketing, suggests recent trends in other areas of men’s wardrobe may be shifting attitudes towards a bolder look.

“Starting from these accessories like Saxx Underwear or Stance socks, it’s almost been like a gateway drug for guys to be more and more comfortable (with louder prints),” he said.

At the other end of the spectrum is the expansion of Casual Friday to a more relaxed dress code all week long, Ahmadi added.

“With guys dressing a little bit more casually, they’re not always wearing ties or pocket squares any more,” she said. “But they do want to have that pop of colour.”

Poplin & Co. are deliberately marketed towards “creatives,” which could include everyone from an interior designer to a musician, Krezic said. And while florals work particularly well during these hotter, sunnier months, the brand has already started work on its Fall/Winter line that will remain bold but with geometric, ‘urban-inspired’ patterns.

“These shirts are not for everybody,” Ahmadi said. “We’re designing for that more creative and young person that has an inspiration to achieve something.” 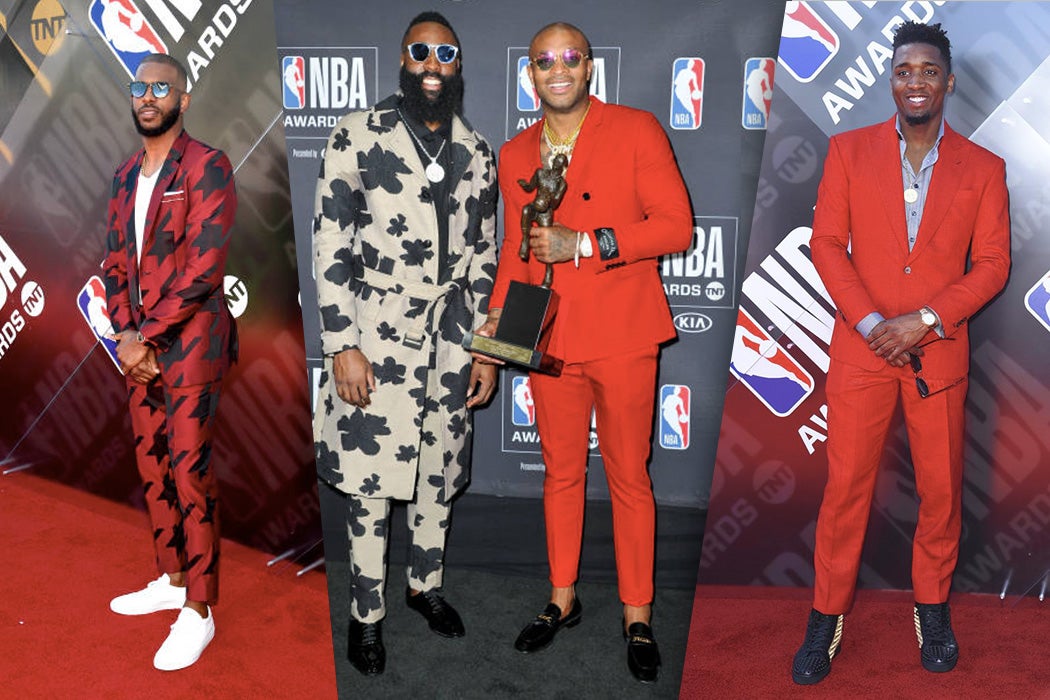 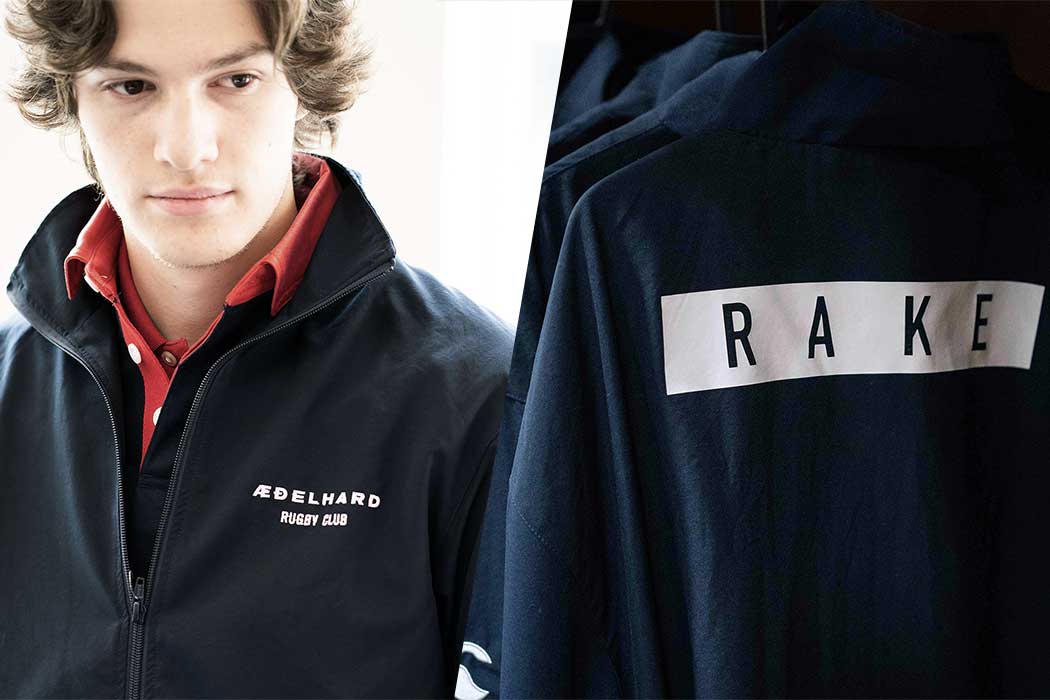