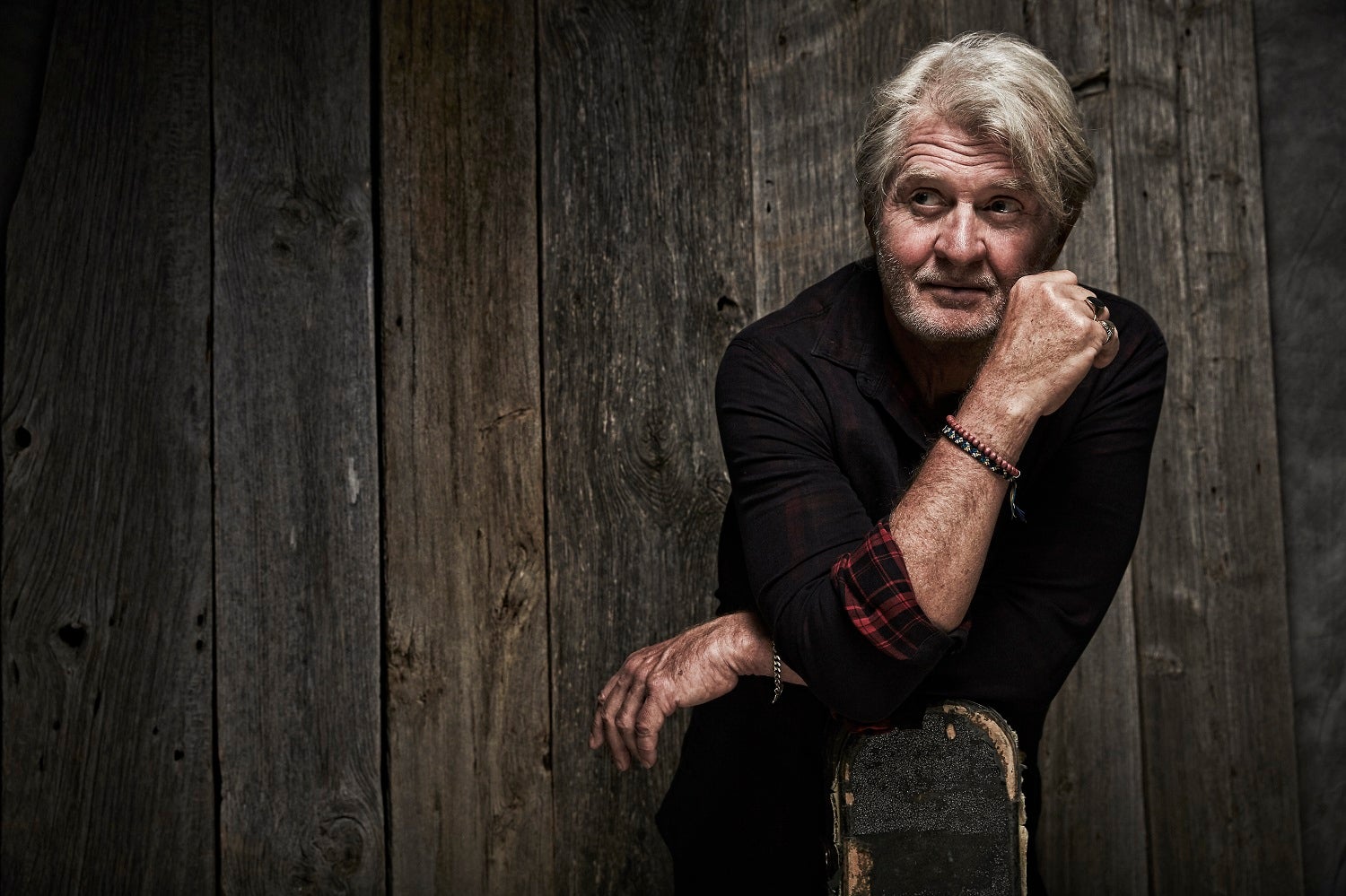 As 2019 came to a close, it was a year Tom Cochrane had already performed a string of shows to tens of thousands of people, and released two albums (Revisited, and Bare).

But, like with everything else in this mad, mad world, in just a few months things changed dramatically.

Having cancelled some thirty concerts in 2020 because of the pandemic, it is, he says, the longest stretch he’s gone without stage shows in decades.

That hasn’t meant a quarantine on creativity, however. After a 46-year recording career, Cochrane’s one of the few rock acts of his generation that continue to churn out the tunes.

He says he was working on some new material on the piano, back in the Spring, then took the Summer off to enjoy the weather, go fishing and golf.

And now, with the seasons changing, comes a change in rhythm, as Cochrane readies himself to hunker down to create again. “I’m formulating songs, and they’re brewing inside me. So I’ve got a lot of stuff that I’m working on,” says the Manitoba-born musician. 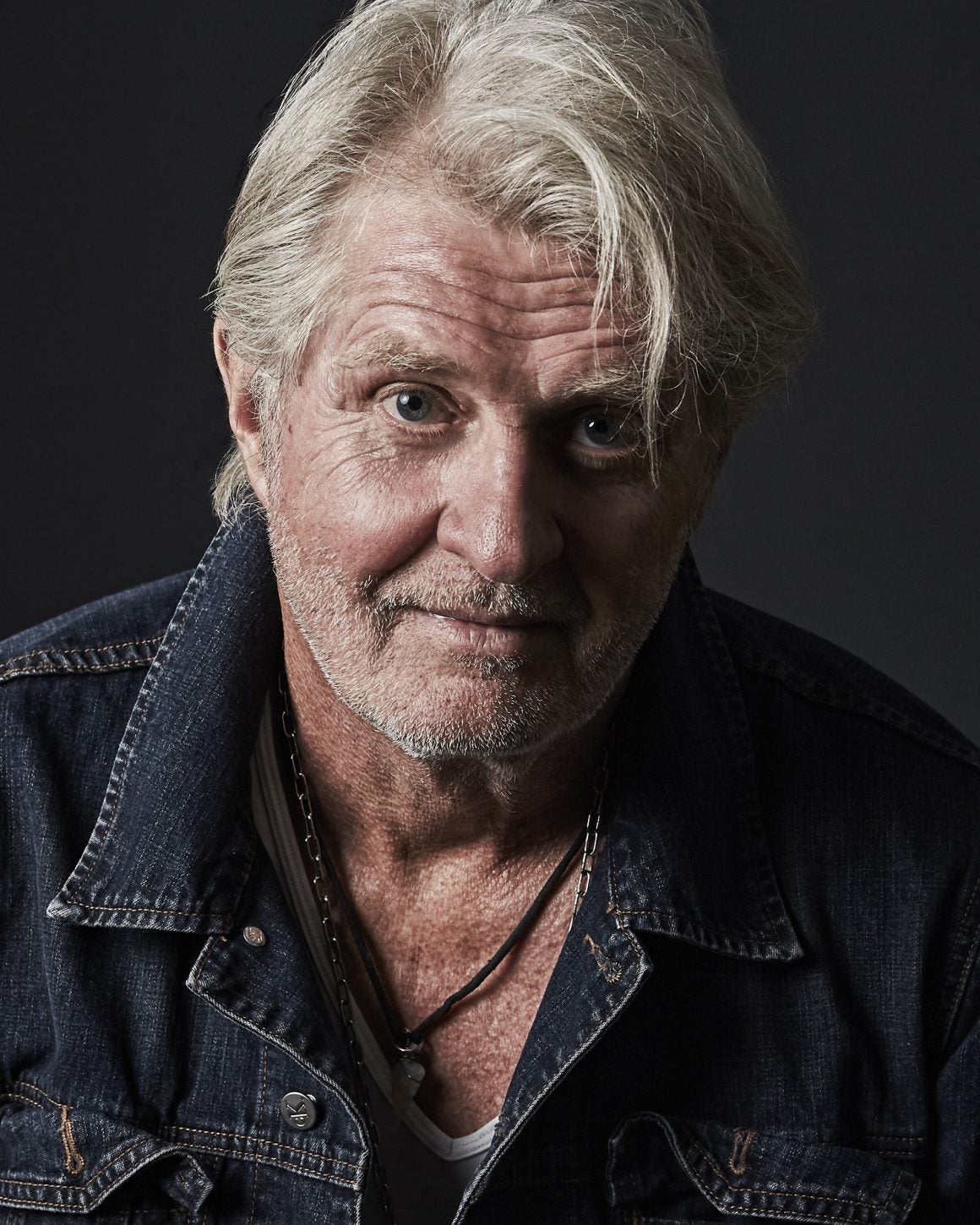 “I will get down to seriously compiling some of my ideas, starting in a few weeks,” he promises.

As for performances, luckily fans can at least enjoy an upcoming virtual concert, Dec. 19 at 8pm. “I really think people miss live music deeply,” he says. “It’s such an important part of so many people’s lives.”

For the uninitiated, Cochrane’s released 20 albums since 1974, solo or with the Red Rider band. The hits, including Ocean Blues, Boy Inside the Man, Big League, Lunatic Fringe, and others, have sealed his status as a rock icon.

In a bold launch to his solo efforts, the 1991 single Life Is a Highway soared in the charts, and together with its Mad Mad World album, sold six million units worldwide. Thirty years later, the rock anthem still gets regular rotation on the radio, and in recent years, tens of millions of clicks on streaming video.

“I think that I’ve always tried to write songs that were timeless,” he says of his oeuvre. “That’s really served me well, because I achieved that with a number of songs, and you don’t always achieve that as a musician.”

Songs of his have been featured in television episodes of The Office, Miami Vice, Baywatch, Melrose Place, and in the films Bill and Ted’s Excellent Adventure, and Disney’s Cars.

“My secret to success, is probably being stubborn,” he says, laughing. But upon further reflection, it has more to do with forging a unique place in an otherwise crowded industry, be believes.

“I didn’t really sound like anybody else. I think that’s a big part of it. You’ve got to have your own identity; your own signature. I got my own voice,” says Cochrane, now 67.

Honoured numerous times for his contributions to popular music, he’s won eight Juno Awards, received a Grammy nomination, and was appointed both member of the Canadian Music Hall of Fame, and Officer of the Order of Canada, among other accolades.

Though despite the critical and commercial high notes, he insists he is no “rock star,” and even bristles when pigeonholed by the media.

“I used to hate the term ‘rocker’, always in written interviews or articles. I always found that offensive, because it was just a label they would stick on. I’d like to think my music has a little more depth than that,” he says.

“I also like the acoustic side. I came out of that folk scene. I played a lot of those folk clubs. And so, the folk tradition of telling stories and songs has always been very important to me, and dear to my soul. That’s how I see myself more. I see myself more as a singer-songwriter. That’s my stock and trade. That’s how I started. So I’m a storyteller.”

Over the course his time in the music industry, the singer-songwriter – or how ever you’d prefer to call him – looks back, realizing how so many other acts didn’t last, in an industry fraught with battling egos.

“There are pitfalls in show business. I’m just always amazed it seems to happen to so many bands. A lot of cases they’re people with shared interests, and they started playing together in a basement, or garage. And inevitably, it just seems like so many bands let the storm of touring, celebrity, fame, and business, tear them apart,” he says.

Those that do make it, he thinks, “all got along pretty good, from what I understand,” including what he describes as “the seminal bands of our time, like Rush, U2, and AC/DC.”

“I’m amazed I got through a lot of it without too many bruises. But it does absorb you. It does put a lot of pressure on your domestic life. And very few survive it really intact. It’s a very hard life that way, because it’s very unreal.”

How he and band mates managed to dodge some of the challenges that come with the territory, he says has as much to do with deriving fulfillment from the process, as it is the fulfillment fans derive from the results.

“We just always put such a strong focus on the work, and on the music, and the reward of being able to make a living at it, and just uplifting people. People come to you and they say, ‘that song changed my life,’ or ‘it got me through some really tough times.’ And that stuff means the world to me. That’s really what it’s about,” he says. 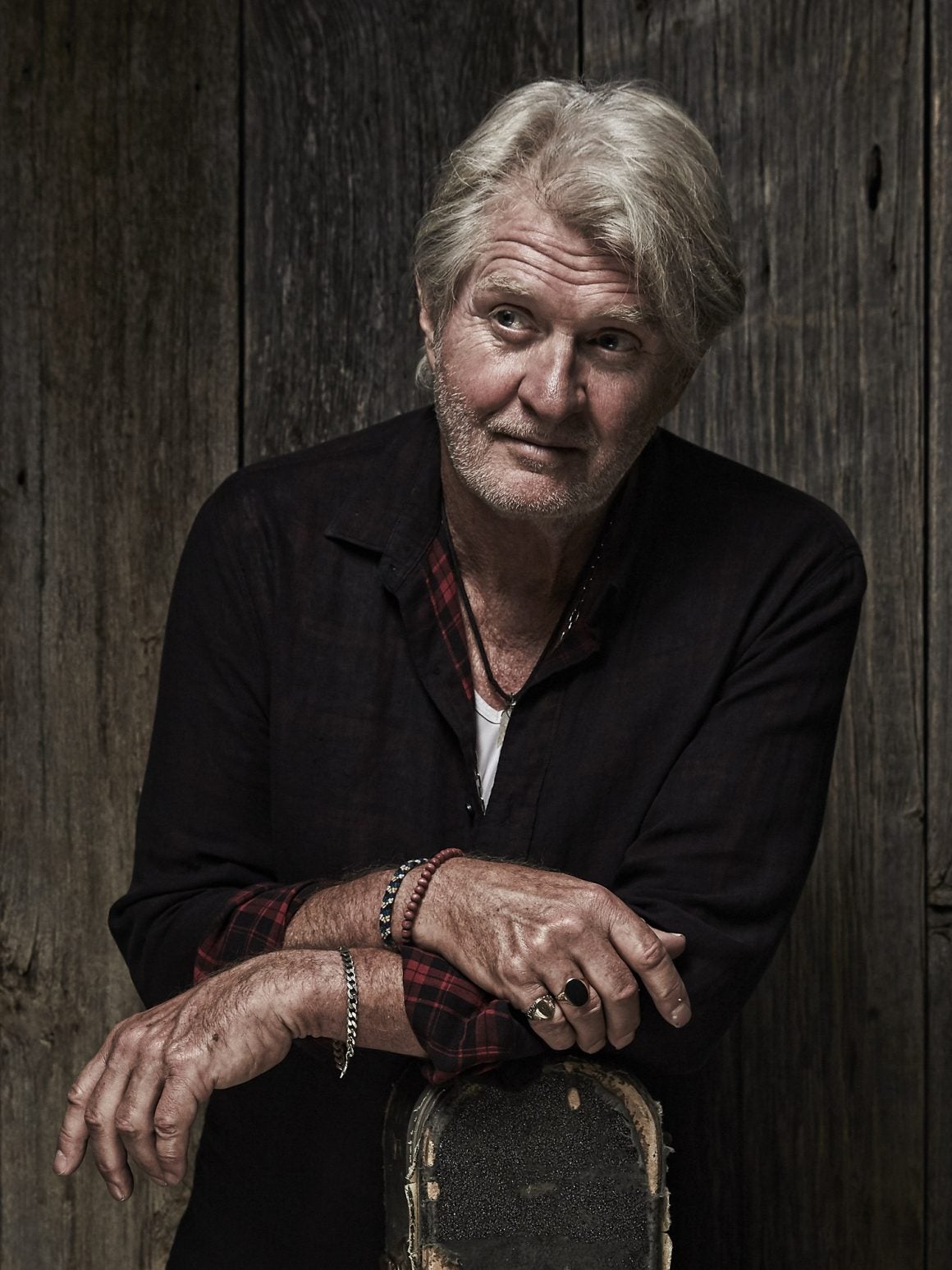 The two albums most cherished are Songs of a Circling Spirit and The Symphony Sessions, both live recordings.

“I love breaking the songs down, and doing them acoustically,” he says. “And when we do them acoustically, they change all the time. It’s just changing up instruments, sometimes changing the approach. That’s how I keep it fresh.”

It stands to reason these recordings hold a special place, given how lately it dovetails with the renewed sense of delight he draws from performing.

“Now I probably enjoy playing more than anything else, getting on stage, and reverting back to my childhood. It’s like being that 14-year-old, jamming with your buddies in the garage,” he says.

Cochrane’s even noticed the very same youthful excitement coming from a contemporary, Bruce Springsteen – when opening for The Boss in Aug. 2012 at Magnetic Hill, New Brunswick. “I see he’s tapped into that 15-year-old, all the time, when he gets on stage, and just that pure joy.”

What was to come after the Born in the USA singer finished his set, though, would be jaw-dropping. 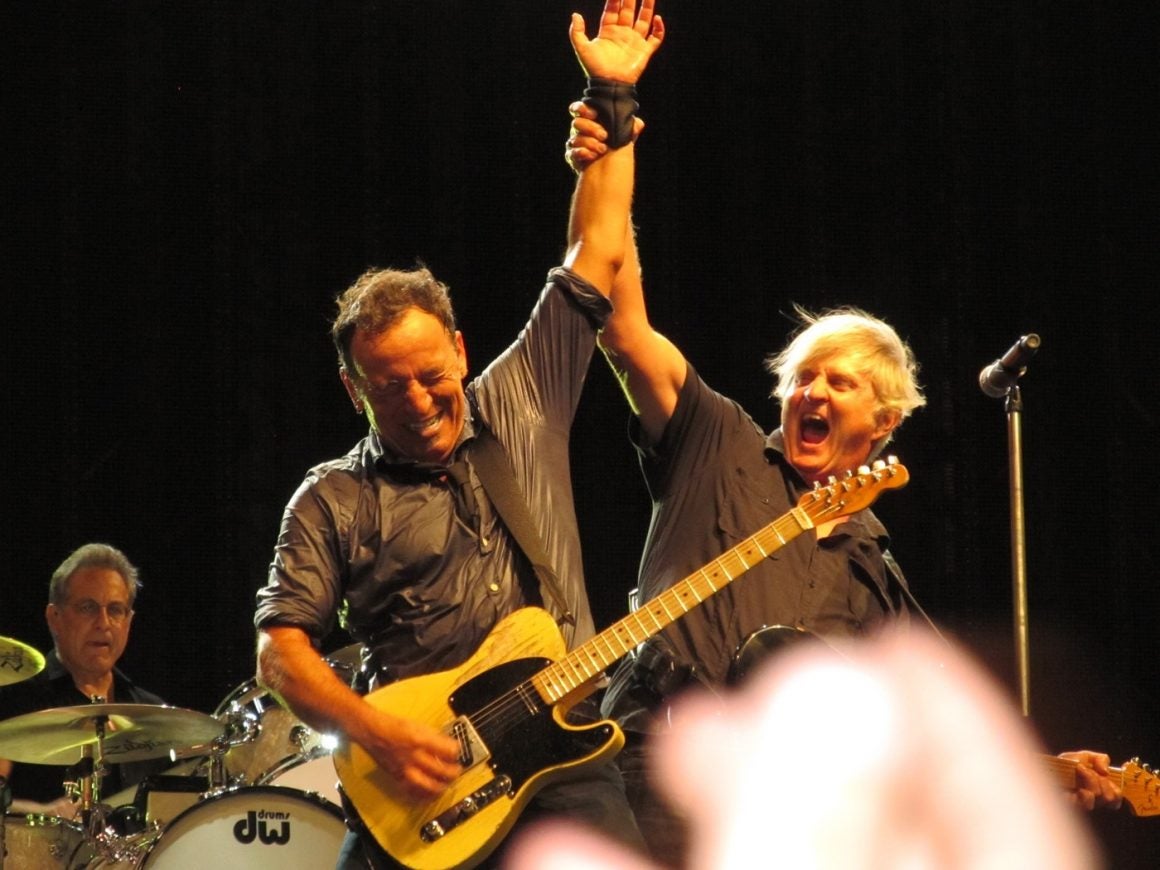 “I was so inspired, and so caught up in the moment. I think I almost broke his arm because I grabbed his arm, and thrusted it up in the air at the end of the song. He’s got this grimace on his face. It was like a referee holding the prizefighter’s arm up in the air. I love the guy.”

It’s his hope that by the time Summer of 2021 rolls around, “life will be at least semi-normal,” and he’ll be back on the road, re-capturing that captivating stage energy, once again, for fans new and old. Let’s all hope so, too.

For the Dec. 19 show, tickets are at: https://sessionslive.com/tomcochrane with limited meet-and-greets available. 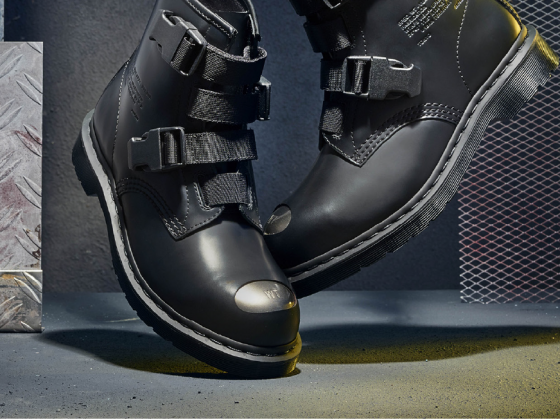 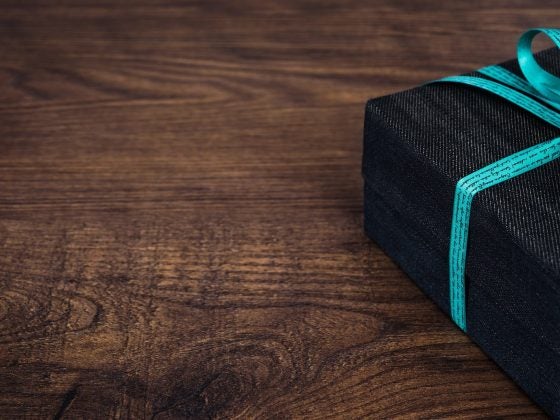 Gift Guide: What to Get The Man in Your Life That Has Exquisite Taste