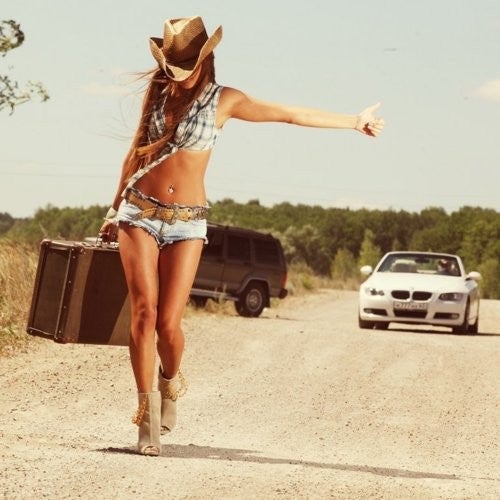 Sometimes it’s a matter of urgency, sometimes it’s just because the beer ran out and
your buddy has never seen the Grand Canyon, but for whatever the reason you take
one, there is not right of passage so profoundly American as the road trip. If there is
any magic left in our way of life, it can be found on the open road, because when you
see the countryside and really get to soak it in, mix it up with strangers on the way,
and stop for gas in towns you’ve never seen before, adventures are sure to follow.
There has literally never been a properly executed road trip that hasn’t resulted in
at least 5 stories worth retelling for the next twenty years.

The joys of six square meals of hamburgers, bathroom breaks every 200 miles, and
the sickly sweet smell of grown men fermenting in their own clothes, it’s all part
of the magic. With that in mind, Swagger’s come up with a list of this continent’s
greatest routes, just in case you needed an excuse!

There is no more quintessential road trip than hitting the I-15, leaving Tinsletown,
then Barstow, in the rearview like brown smog ghosts of lesser souls trapped in
stasis. The desert, the sun, the heat, and then after five hours (much much more if
you’re heading there on a Friday) the lights of the strip turn on. Easily the strangest
oasis ever conjured, and the road trip has reached its apex.

The trip back, that completely blows though.

The road that takes you from Vancouver to Whistler BC is the very reason we’ve
come up with words like “majesty” and “badass”. It’s simply a chain of mountains
connecting one party town to another more secluded party town. It’s a short drive,
relative to our other trips, but one should never do there-and-back in one day and
miss out on the Whistler night life. It might be the last place on earth where you
still stand a solid chance of getting laid if you smell like you’ve spent a day in the car
eating microwaveable burritos from the gas station in Squamish. The fresh air will
do you some good!

I know a lot of these have LA as Point A, but if you ignore all the other suggestions
make this one count. The drive takes you through the mansions of Malibu, the
rugged mountains, rainforests and Henry Miller museum of Big Sur, the earth
shattering French fries at Morrow Bay, all kinds of wine country, all while driving
the most amazing, dangerous road you’ve ever set eyes on flanked by a wall of
mountains on one side and the roar of the Pacific on the other, only a few thousand
feet down. Eyes on the road sir.

The “Travels with Charlie” Trip

In 1960, god-like novelist John Steinbeck took a year-long road trip with his dog
that was so American that the report it inspired became a text book for a generation
of kids. You start in Maine, go south to Florida, go West to California, North to
Washington, and all the way back across to New England. It took him a year, so if
you want to follow that path you better nail down a serious sabbatical from the day
job, but if you want, when you’re finished with this world, to say you know what
your country is all about, nobody’s thought up a better way yet.

The Best Photography Studios in Toronto

The Five Most Popular Blank Apparel Brands With A Social Conscience

10 THINGS EVERY GROOM MUST DO BEFORE THE WEDDING