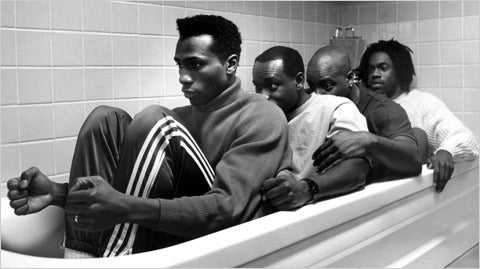 Jamaica, as if you didn’t already know, is a tropical island with a smallish population just
shy of three million, and apart from their Bob Marley/Reggae scene, what the country is
most famous for is speed. Being friends with a Jamaican person is wonderful, but getting
into a footrace with one is a humiliating, foolhardy enterprise.

Usain Bolt is only the latest and greatest example of a nation that prizes and nurtures
sprinters like Russia does American political shit-disturbers, and that tendency has
translated famously into Jamaica’s only entry into the winter Olympics, their world
famous bobsled team. As legend tells it, a disgraced John Candy went to the Island on vacation and brought
back to Calgary an actual contender, which captured Alberta’s heart and transformed
Bobsledding from an obscure Olympic oddity into a sport that makes people go “oh yeah,
Bobsledding”.

All joking aside, the story of the organizational efforts that a few dedicated people that
have made Jamaica a consistent presence on the international stage is as dramatic and
interesting as the one we’ve all seen on Cool Runnings. They’ve had ups and downs in
terms of their placing and competitiveness, but when it comes to fundraisings, they’ve
been pushing the boulder uphill from day one.

What you have to realize is just how poor Jamaica is. Where athletes in Canada spend
a good portion of their time whining about how they have to rely on their rich parent’s
grandiose to practice in one of 12 world class facilities, The fastest man in the entire
world grew up with access to resources that would make any high school North of the
Mexican Border blush with shame. We’re talking real, third world poor, which makes
funding the Bobsled team, awesome as it is, low priority on the totem pole.

That’s where we come in.

As of this writing, the team has raised more than 120,000 USD to fly their green-and-
yellow sled all the way to Sochi, they’ve reached the goal they’ve set, and now the
money being raised will be pumped back into the program to make sure that Jamaica can
always compete at the Olympics.

It’s an oddity that’s become a winter sports tradition, but it’s naturally an expensive one
for a country with limited resources that gets snow once every 2,000 years. So if you still can’t
believe Jamaica has a bobsled team, believe it now. In 2014 they will compete with our support.

Get on up! its bobsled time! 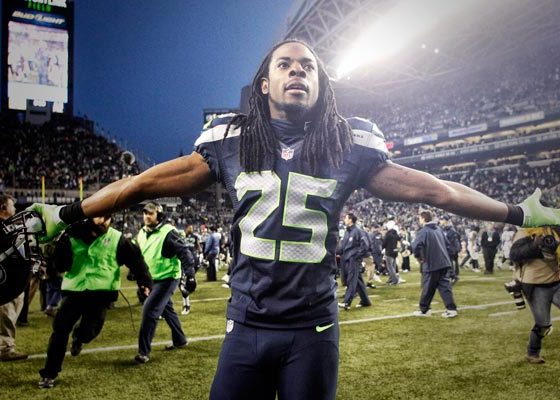 Superbowl XLVIII: Time to Choose a Side