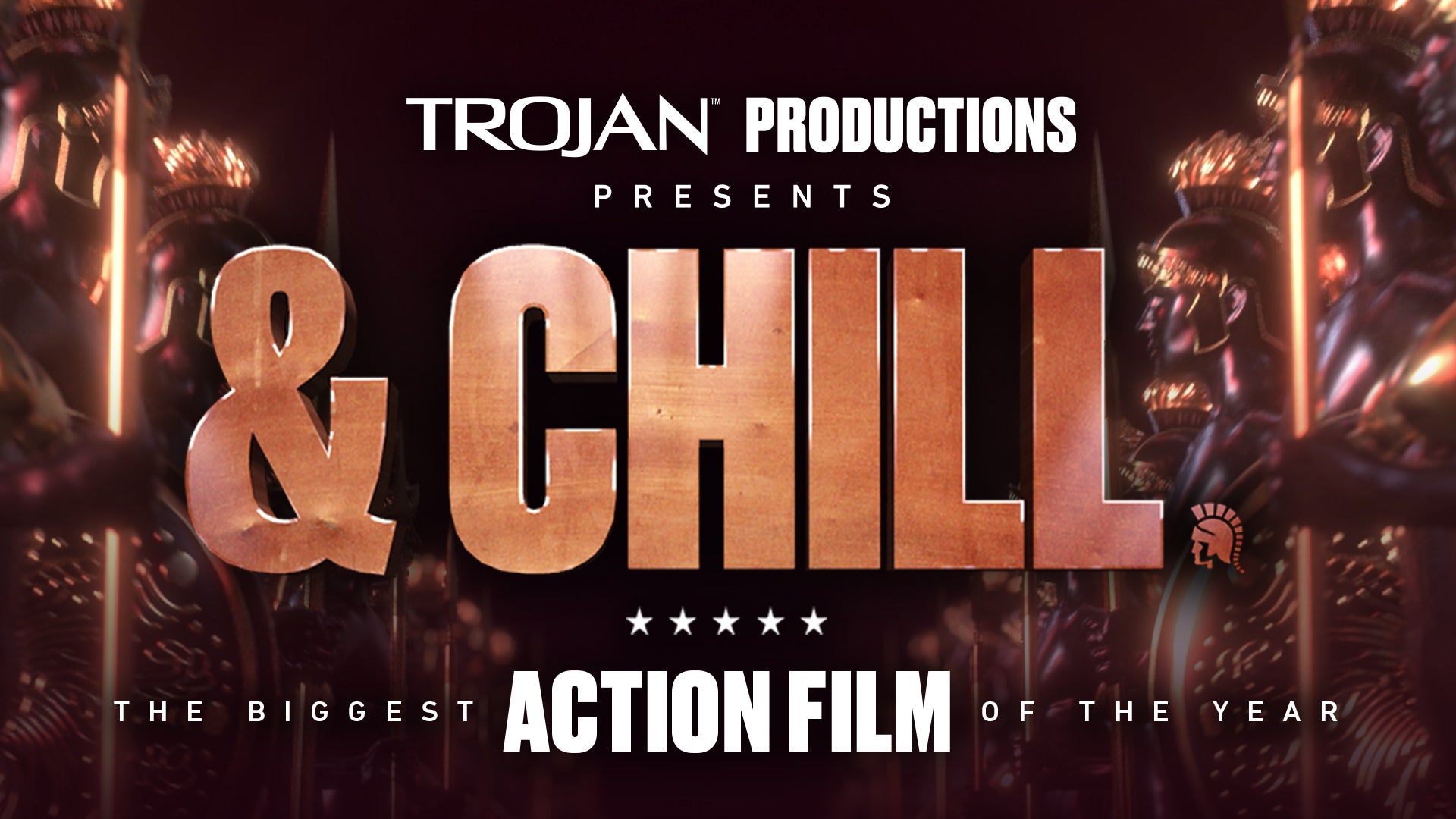 TIFF season is upon us and you know what that means: tons of great movies to add to your watch list. But the most anticipated film of the season, in our opinion, is one you won’t find on the TIFF schedule this year. In fact, this isn’t the type of film you would want to watch with an audience of strangers, it’s more of a ‘watch in the comfort of your own home so you can enjoy with your very closest friends’, kind of experience.

So what is this mystery film?

Trojan Canada launched their first ever feature film, & Chill, created by the brand as their own play on the sexual euphemism slang, “Netflix & Chill”. The film is entertaining and fun from beginning to end, but not because of what’s playing on the screen. Rather, it’s background ambiance to help set the mood so you and your partner can be the stars of the show. Imagine 48-minutes of zero plot, not a single character, but a lot of action. While it may not be part of the film festival, we highly recommend that you watch it, or at least have it on the background so you can skip the “Netflix” and head straight to the “& Chill”

Unlike anything the brand has done in the past, & Chill encompasses a truly epic action movie aesthetic in a 48-minute long film, where nearly 44-minutes consists of a very simple credit scroll – that’s right, just credits. Why? So, Canadians can Sexplore at Home confidently without worrying about what’s playing on the screen, leaving no room for distraction for the main event, their sexual exploration. & Chill was created for Canadians to enjoy in the background to help set the mood for sexual encounters and was designed to be shared with the hope that those who watch it are…preoccupied with their partner.

Viewers, or should we say “participants”, will still get to experience the highs of watching a film. There are some exciting cameos, twists and turns and even a climax (no pun intended) – but most of the action will happen in the comfort of your own home.

While the film is meant to be played in the background, those who do decide to read along will get to enjoy their fair share of added enjoyment from what they see on-screen. When reading through the credits, viewers can appreciate some on-screen entertainment through humorous additions to the credit scroll, like the one-sided conversational banter from the rolling credit itself, some random facts and statistics about sexual health and wellness, including the one about how women get more pleasure from masturbation than men. And then of course there are the subtle product information add-ins with the credit roll highlighting some of the many Trojan products that could help enhance the sexual experience of those watching, such as Trojan’s G-Spot Condoms, designed to stimulate her where it counts, or their Tandem Couples Vibrating Ring to stimulate both partners simultaneously. Enough said.

The main driver behind the & Chill idea? Trojan wanted to give those who celebrate sex a film dedicated to it. There has been a drastic shift in hookup and dating culture, which has pivoted again during the pandemic as we were all forced indoors to safely isolate. Creating the & Chill film as a backdrop to support the reality of Canadians’ new sexual experiences is a natural connection to the ever-evolving modern trend of dating and sex. Of course, we have to play it safe now more than ever before, because safe and healthy sexual exploration is super important for everyone right now, whether you’re single or coupled up. For now, Trojan wants Canadians to stay sexually active only with people in their bubble, who they know are in good health.

Believe it or not, there has been a dip in sexual activity between couples since the beginning of the pandemic. Contrary to what we may have thought, isolating with your partner 24/7 doesn’t necessarily mean more opportunity for intimacy. Luckily, & Chill is the encouragement that so many of us need to make time for those intimate moments with our partners, whether that’s to help spice things up by introducing some new items in the mix, or simply spending some undistracted time together to rekindle the spark.

Trojan’s & Chill film is available to stream for free on YouTube – so get your snacks (and condoms…toys…lubes…) ready to watch. Or not.

For the total VIP experience, check out Trojan’s lineup of products available on Amazon.

Is Promescent The Biggest Name in Men’s Virility Health? Read on

Ways to Spice Up Your Sexual Relationship with Sex Toys